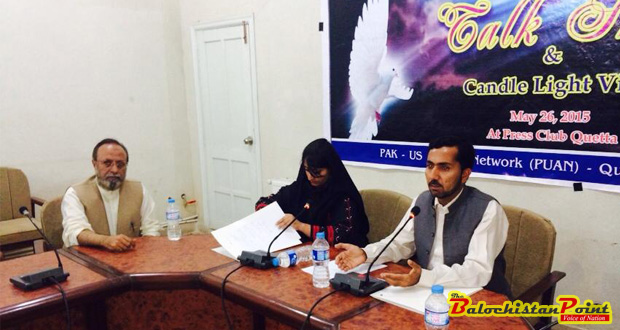 Mr. Malik further added that insecurity among citizens due to economic, social and cultural reasons result in inter-faith violence.

Hakeem Baloch said that, “When state forcefully imposes religious beliefs then religious intolerance becomes a norm.” He lamented, “Former dictator General Zia-ul-Haq is responsible for all the faith based violence in Pakistan.”

Atta-ur-Rehman radically opposed the views of earlier speakers and termed nationalism and statehood the bone of contention and cause of violence in the world. He said, “Peace can’t be achieved on the world until all nation-states are abolished.”

Shahzada Zulfiqar criticized corporate media of Pakistan for ignoring Balochistan. According to Mr. Zulfiqar, lack of interest of media in Balochistan has compounded the problems.

President of PUAN Quetta Chapter, Gul Khan Naseer Baloch, described the nature of PUAN. He stated that all the students who have studied on any U.S State department program are members of PUAN. He further added that there are 12 chapters of PUAN in Pakistan and 2 in Balochistan, Gwadar being the other.

General Secretary of PUAN Quetta Chapter, Shazia Langove, informed the participants of the meetings about the purpose of the Peace Week and importance of inter-faith harmony in society. 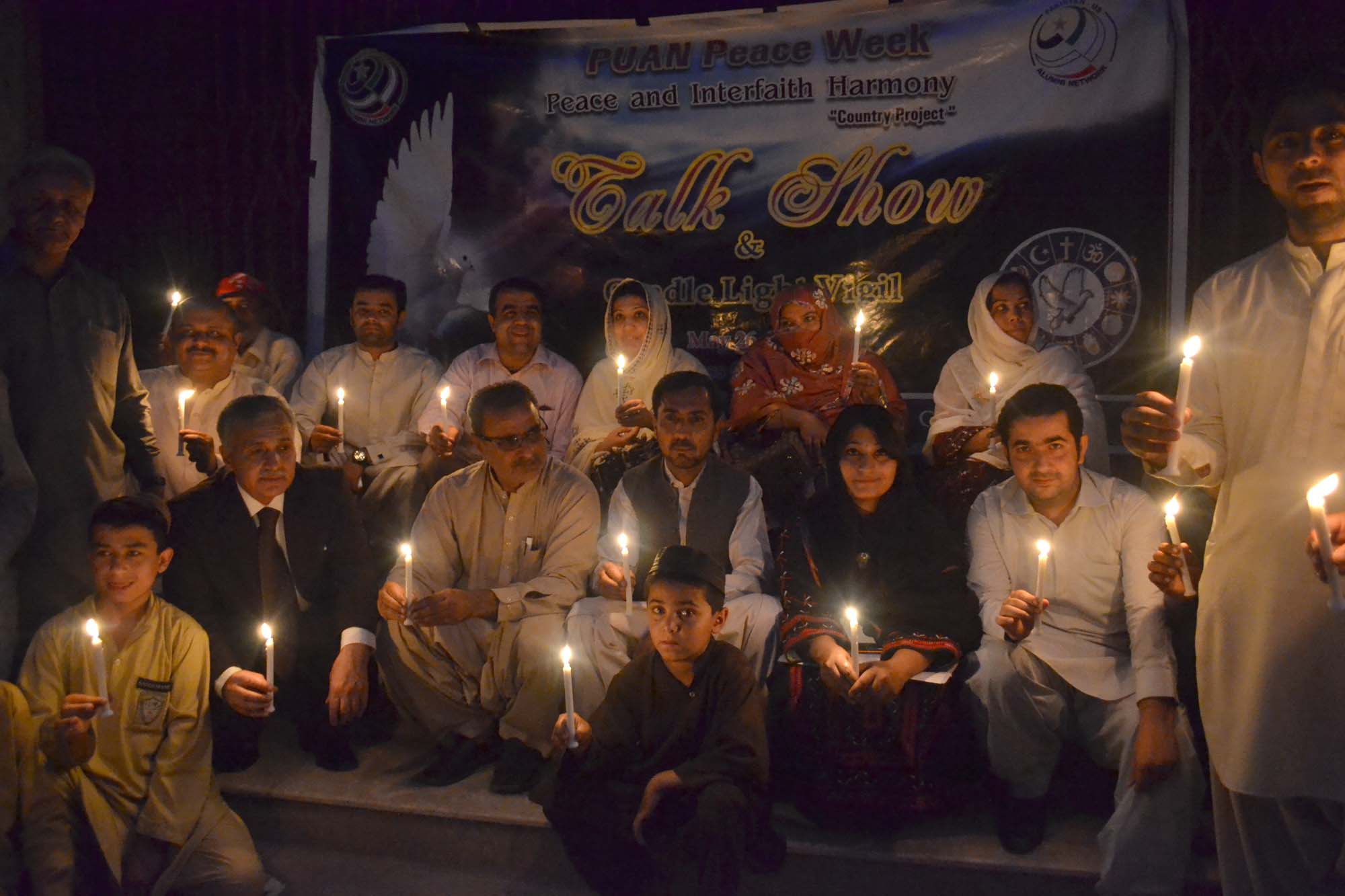 Vigil after the Talk Show

A candle light vigil was organized at the end of the talk show to symbolically support the cause of inter-faith harmony.

Published in The Balochistan Point on May 27, 2015