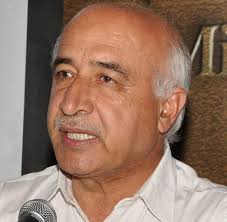 Alliance of political parties in the favour of democracy a positive omen: Dr. Malik Baloch

QUETTA: Chief Minister Balochistan Dr. Malik Baloch designated the alliance of political parties in the favour of democracy a positive omen, on Thursday.

Talking to media after his arrival at Turbat, Chief Minister said that the he was also in the favour of talks to end the fake political crisis in the country and added that the question of the resignation of prime minister will not be acceptable to any politically aware person and a democratic party.

Chief Minister said that despite daunting challenges of terrorism, sectarianism, and law and order, situation has improved to a greater extent in Balochistan during the last one year and added that government was determined to materialize the dream of a stable and prosperous Balochistan.

“All required steps are taken in this regard,” Baloch said and added that Khuzdar, DG Khan and Loralai transmission line and Pangur, Naag highway, which were delayed since last 15 years, are being completed.

He said that for the first time in history, Federal Government has released the PSDP funds of province and the budget of the health has been increased by 200 per cent. He said that three new medical colleges, three board of intermediate, 6 universities are being established in Balochistan.

He said that the projects of current government would be seen by the people and they would also benefit from them.

Published in The Balochistan Point on August 22, 2014