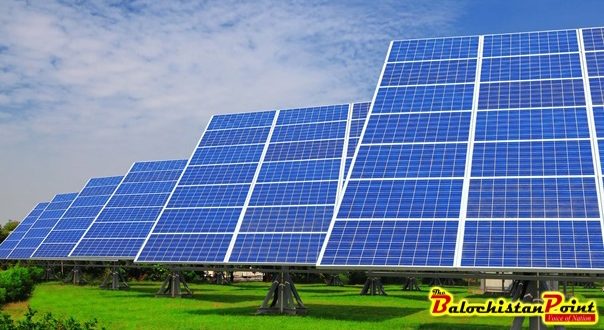 Balochistan, the most backward but largest province of Pakistan in terms of area needs development not through the documentation but in authenticity. The leaders of Balochistan have overlooked the basic energy requirement of this huge province in the utmost few years and never had planned to solve the issue by bringing in new technology alternately for reducing energy crisis constantly increased. The Balochistan’s nationalist and other political parties almost completing their tenure successfully have even not paid their valuable attention towards rising energy crisis in Balochistan.

Current power requirement of Balochistan is something like 1,750MW but it is being supplied in the range of 480MW to 600MW, resulting in gigantic electricity shortages. As a result, the agricultural, industrial and craft activities in Balochistan revoltingly suffer as well public problems. It can raise various with the passing of time. The deficiency in electricity is compelling the leaders advanced to load shedding varying from region to region and the upper limit in Central Balochistan is said to be approximately 16-18 hours. In some fields of Central Balochistan the load shedding is spread over to not a single day but some human settlements get electricity for a few hours in days. This requires for the authorities to plan and make a stronger energy solution at once so that electricity is furnished to whole parts without any nepotism and engage the technical skilled professionals.

The Balochistan government signed on an agreement with a Korean company to set up a 300 megawatt solar power plant at a cost of $700 million in December 2013.The provincial government has allocated 1,500 acres of land for the project in near Quetta. The US$700 million project includes the Construction of a powerhouse, Construction of a substation, Installation of safety systems, Installation of solar panels, laying of transmission lines and construction of related facilities. It is being executed in six phases of 50MW each. Work on the project was likely to be started in early 2016 and to be completed by mid of 2017. The project is still awaiting for official formalities from  provincial government and needs a security clearance to move on.

Power consumption in Balochistan is rising quickly, to meet the cumulative demand of electricity; the provincial government is pursuing the Balochistan Power Generation Policy 2007 but has not been able to accomplish much success with it. Reasonably, the private sector is disinclined to invest in Balochistan for a diversity of factors. These include pitiable law and order conditions, inaccessibility of the area, lack of communications and other road and rail network in most of the area, and low return on investment. It is substandard that there has been no substantial progress on a 300MW solar power Plant, being built-up near Quetta by a South Korean company to be connected to the national grid system.

In the most recent development, Canada has signed an understanding with the provincial government to establish, in the independent power producer (IPP) mode, solar power plants of 1 ,000MW growing capacity in different locations that have been identified. Also, Capital of Kuwait’s holding company Enertech will develop 50 solar plants each of 10MW capacity that would be off-power system facility. One hopes that these labors materialize within the given time-physically.

The major reason at the back of the dysfunctional about certain future oriented projects may also be the failure strength about theoretical apprehend, management and excluding technologically. If the technical individual (Engineers) would stay employed it initiatives desire in higher way. It is the sympathetic tribune appeal in accordance with the provincial government to execute such to reduce the unemployment by the completion of certain plans capacity as the engineer of Balochistan are as desirous minimize the unemployment ration in Balochistan or motivate the human beings on top of Balochistan in conformity with take place upfront by means of offering instant innovative plans with carrying out efficient mega projects.

The people of Balochistan have many hopes with the new chief minister Balochistan Mr. Bezinjo that their voices will be raised to a higher level for the prospective bright future. The leftover project will be started soon with creation of technical jobs for unemployed engineers who are known as the architect of the nation.

Published in The Balochistan Point on March 20, 2018