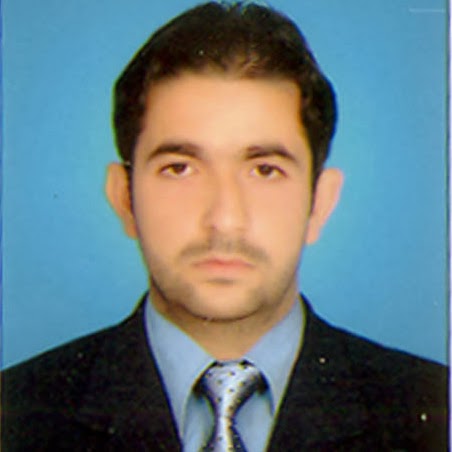 Balochistan, the largest and most restive province of Pakistan is inhabited by many ethnic groups such as Baloch, Pashtun, Hazara and Seraiki. Among these Baloch and Pashtun are two major ethnic groups. Both these nations are historic neighbors and history reveals that they have lived peacefully.

The only major conflict between the two is known as Afghan-Baloch war (1757) which took place between the troops of Baloch hero, Noori Naseer Khan and Afghan hero, Ahmed Shah Abdali. The battle ended with “The Treaty of Kalat” also known as “Treaty of non-interference” (1758) and opened a new chapter of friendship between the Balochs and Afghans.  By the treaty of Kalat, both the leaders agreed not to interfere in the internal matters of others and Baloch under their leader Naseer khan Noori accompanied the Afghan King Ahmed Shah Abdali in several campaigns in India and Iran. Naseer Khan helped the Afghans in defeating the Iranians in Khorasan (1759), he also assisted Ahmed Shah in the third battle of Panipat (1761). In 1765, he helped Ahmed Shah in giving a crushing defeat to the Sikhs of Punjab.

Both the nations have lots of similarities; they both live in a tribal system and take pride in their distinct cultural identity.  There is also similarity in their history, the disintegration of the Baloch and Afghan state took place at the same time in late 19th century, when British colonialists entered their region. Balochistan and Afghanistan paid a heavy price for their strategic location and became a victim of British Forward Policy and Great Game which was driven by strategic rivalry between Britishers and Russians in Central Asia. Russia forcefully annexed the Khanates of Central Asia and reached close to Afghanistan. British Indian government used it as pretext to invade Afghanistan in order to make it a buffer state and protect her Indian colony from Russia. Similarly, the strategic importance of Balochistan compelled the Britishers to attack it and interfere in its internal matters. Baloch and Afghan gave a tough time to the imperial power but the mighty Britishers at last were successful in achieving their geo-political aims.

The Afghans were defeated in the second Anglo-Afghan war (1878-1880) and were forced to sign” The treaty of Gandamak” which divided their country in different administrative units. It was here that some parts of Afghanistan were merged with few Baloch areas which were taken by the Britishers on lease from the then ruler of Kalat State and named the province as British Balochistan. On the other hand, colonial power divided the Balochistan into different parts. Western Balochistan was given to Iran (1871) without taking into consideration the history, geography, culture and sentiments of the native people. Goldsmith line, which divided Balochistan, was drawn to please Iran and keep it away from Russian influence. Britishers further divided Balochistan giving Baloch areas of Seistan and Zabol to Afghanistan. Whereas Kalat retained its independent status and British Balochistan was made a part of India.

The intentions of Britishers in dividing Balochistan and Afghanistan were clear. One was to check the Russian influence in the region and other was to weaken the Baloch and Afghan nationalism by dividing them politically and culturally. The imperial powers have always used the tactics of “Divide and Rule” in order to rule smoothly and exploit the resources of the colonies. The division of a particular ethnic group in heterogeneous political system divides its power and political unity and they cannot offer a joint resistance against the colonial masters.  Inayatullah Baloch in his book “The problem of Greater Balochistan” has written “A fixed area or territory is an essential factor for the development of nationalism. Scattered and physically separated people cannot become a nation. The political and international division of Balochistan became an obstacle and hindrance in the development of Baloch nationalism”.

After the Second World War, the Britishers left the region and two new states came into being Pakistan and India but the ex-colonial masters did not resolve the issue of Durand line, and Goldsmith line which divides Baloch and Pashtun in different countries. After the inception of Pakistan, there was no visible change came in the mindset of the ruling class. The Pakistani establishment viewed Baloch and Pashtun nationalism with great fear and implemented colonial policies which it inherited from its ex-Colonial masters in order to feeble the nationalism of both the groups.

After the creation of Pakistan, Baloch and Pashtun retained their old unity by forming a political party NAP and struggled jointly against the one unit system and demanded the creation of new provinces on ethnic basis. They succeeded in their aim in 1970 and one unit system was abolished by creating four new provinces. But still the establishment carried on the policy of Divide and Rule. Pashtun areas, which Afghanistan ceded to Britishers in second Anglo-Afghan were merged with Balochistan, without caring much about the feeling of the people of that area. Likewise, Baloch areas of Dera Ghazi, Rajanpur were put into Punjab and Jacobabad into Sindh.  The rulers were different but the idea was the same to check and curb the Baloch and Pashtun nationalism by dividing them into different provincial units.

After the merger of few Pashtun districts with Balochistan, the harmony that existed between the two began to evaporate because Pashtun became a minority in the new province. Since the creation of the province, Pashtun nationalists have claimed to be under-represented and time and time again they have put forward miscellaneous demands. One demand is to merge their areas with their brethren of Khyber Pakhtunkhwa (KP). Second demand is to establish a separate province by the name of Southern Pashtunkhwa and third demand is for equal share in the distribution of resources in Balochistan.  They assert that their population is equal with that of Baloch in the province but their representation is far below in all the sectors. They support this argument by the fact that there has never been a single full fledge Pashtun Chief Minister in the province ever since its emergence. On the other hand Baloch nationalists maintain that Pashtun have been given more representation in proportion to their population and reject the claim that Pashtun and Baloch are equal in numbers.

The elections of 2013 have widened the gulf between the two as some Pashtun candidates allegedly won form Baloch constituencies of PB-4, PB-5 and NA-260 through rigging. Another bone of contention between the two is the question of Afghan refugees. A large number of Afghan refugees have settled in Balochistan and have got the green Passport and now they are dual nationals of Pakistan and Afghanistan. Baloch nationalists have alleged that settlement of Afghan refugees is a conspiracy against Baloch which is plotted by establishment to transform Baloch majority into a minority. Whereas, Pashtun nationalist are of the view that Afghan refugees are settling in Pashtun areas which were historically their areas and Baloch should not have problem with this.

According to Naseer Nangial, Provincial Deputy Secretary of Pashtunkhwa Student’s Organization (PSO), “Pashtuns comprise half of the population of Balochistan yet, we have never got our due rights. In the Baloch-Pashtun province, we will only accept the relationship of equality, the relationship of master and subject is not acceptable to us.” He added, “Baloch districts might be more in number, but our tehsils are even more populated than their districts. If Baloch nationalists want to treat us like their slaves than we want the restoration of the British Balochistan province which comprises of all the Pashtuns districts of Balochistan. Pashtun who is the owner of this land and have been living here for centuries are being labeled as refugees by Baloch leadership.”

According to Ghulam Nabi Marri, The General Secretary of Balochistan National Party’s Quetta District, “We have historical kinship with Pashtuns and they are our brothers. All the Pashtun don’t want a separate province but a specific political party is demanding it. Pashtun live separately from Baloch in their own districts and we have no claim on their land. If that ethnic party thinks it is the representative of all the Pashtuns, then they are part of the incumbent government they should pass a resolution in the Balochistan assembly for a new province, we will definitely endorse it.” He further added, “Their claim of equal population is not right and demand of same share in the distribution of resources is not reasonable. Baloch reside in 22 out of 32 districts in Balochistan. China has invested 46 billion dollars in Balochistan not because of the almonds and grapes but due to the deep sea port of Gwadar and world’s fifth largest deposit of copper and gold in Saindak and Rekodiq. All these areas have 100 percent Baloch population. Opportunist leaders have fooled their innocent people by calling Baloch as usurper, Baloch itself is an oppressed nation how it can subjugate others. They have no political ideology and their ideology is just based on the enmity with Baloch. Their political maturity can be judged from the fact that Baloch are demanding their rights from Islamabad and they are demanding their rights from Baloch.”

Many experts have expressed concerns that the census of 2016 will worsen the relation between the two ethnic groups and a single unpleasant event can lead to a civil war which the volatile province cannot afford.  A veteran Baloch politician Aslam Bezanjo said in his statement,” To hold a census in presence of Afghan refugees is beyond common sense. If Pashtun leadership wants them to be included in the census than they should merge their areas with KP.”  Baloch Political party BNP-Mengal also stated that” If Pashtunkhwa Milli Awami Party (PKMAP) propose a resolution for separating Pashtun areas from Balochistan, then  they will support it whole heartedly.  Baloch nationalists have shown maturity in their statements and it is the best way to resolve the conflict. It is time for the Pashtun leaders to reciprocate. Instead of demanding for equal representation and equal share in resources, they should demand a province of their own. Native of Balochistan already gets a very meager share in its own resources from the federal government and if they are asked to share their paltry resources with illegal Afghan refugees then it will be too unfair.

Sense will prevail if PKMAP passes a resolution for a separate province and end the blame game and Baloch political parties should stay on their words and support it. In the new province if they want to share their resources with Afghan refugees or anyone else no one will have a problem.  This is the only way left by which cordial and harmonious ties between the two can be retained.

Author is Assistant Editor of Daily Intekhab and blogs at Jeeyand.blogspot.com

Published in The Balochistan Point on August 3, 2015