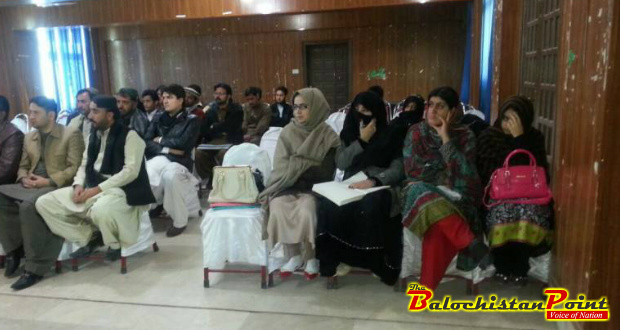 Where has Balochistan’s 6% Quota in Federal Jobs, gone?

On the 26th of July, 45 vacancies of BPS-17 were advertised in Quetta Electricity Supply Company (QESCO). Out of these 45, not a single vacancy was allocated for Balochistan. Electrical Engineers of Balochistan were waiting for these vacancies for over two years and they were totally disappointed. Fortunately, Civil Society of Balochistan protested against the injustice and the provincial allocation of those jobs was cancelled for the time being. This was not a one-off incident but a normal occurrence when it comes to awarding Balochsitan’s quota in Federal jobs.

The state apparatus of Pakistan is managed by different organizations and departments. In a federation like Pakistan it becomes important that those departments and organizations have across the board representation. In order to ensure adequate representation of all provinces and territories, a quota system for Federal jobs has been devised. According to this system Balochistan is entitled to get 6 percent of all jobs in the Federal apparatus – but where this quota is utilized, is in the discretion of Federal bureaucrats.

Balochistan is technically deprived of his constitutionally mandated share in federal jobs. There is almost no representation of Balochistan in top bureaucracy and this result in bureaucratic injustice with the province. At the moment, out of 49 Federal secretaries not a single one is from Balochistan. In the absence of provincial representation at the top most administrative hierarchies, it’s natural that Balochistan can’t get its due share in Federal government jobs.

Recruitment for Federal jobs of higher-scale takes place through Federal Public Service Commission and on lower scale through the concerned ministry. In low-scale jobs, Federal bureaucrats employ cunning tactics to select their own relatives on the quota of Balochistan. Job applications sent by candidates of Balochistan are rejected for flimsy excuses. As a result, a situation is artificially created where there is no valid application for Balochistan Quota Jobs. After that, the cunning bureaucrats transfer these jobs to open merit and get their relatives or family members appointed. This practice goes unchecked because of two reasons: first, there are not any government officers that can protect the interest of Balochistan; second, the distance factor, as candidates of Balochistan can’t visit Islamabad regularly to personally inquire about problems in their applications.

Deputy Commissioners (DCs) of districts are authorized to issue domicile certificates to people. Officers outside of Balochistan are posted as DCs of different districts. Some of these DCs, in the past, have abused their powers and issued fake domiciles to their friends and relatives in abundance. According to estimates, the number of such fake domiciles is in tens of thousands. Chagai and Kharan are two districts that are believed to be centers for the issuance of the highest number of fake domiciles.

Balochistan is already suffering from chronic unemployment. Government jobs are the only major source of employment for the unemployed youth of the province. Provincial jobs are either awarded to party workers by the ministers or sold to the highest bidders. This leaves only Federal jobs for the hard working candidates who can get recruited on them after passing the tests and interviews. However, the systematic deprivation of Balochistan from Federal jobs is further closing the doors on the unemployed youth of Balochistan and forcing them to express their anger by picking up weapons.

Without wasting any further time, corrective action must be taken to prevent further damage. The first thing that needs to be done is to verify the domicile certificates of all those who have got jobs on under the Balochistan quota but live outside of the province. Federal government, with support of Balochistan government, must start this verification drive on war footings and verify all such cases. When over 100 million cellular sims can be verified then there should be no problem in verifying a few thousands of domiciles. Any person found guilty of possessing a fake domicile certificate of Balochistan should not only be dismissed from the job but should also be forced to return all the salaries earned from the post.

Apart from that, Balochistan government should also take the initiative of auditing all domicile certificates awarded all over Balochistan in the last 15 to 20 years. It would not be possible to verify each and every certificate, therefore this exercise should be carried out on sample basis. A district found to have a high ratio of fake domicile certificates then should be subjected to a detailed and intense scrutiny. This would help in the cancellation of tens of thousands of fake domiciles, and in the facilitation of genuine candidates of Balochistan who are competing for jobs which are rightfully theirs.

Republished in The Balochistan Point on August 2, 2015