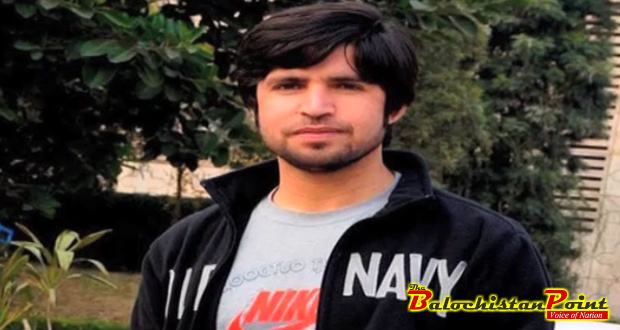 Apathy of Balochistan Government: Treatment of Ameer Ullah in Jeopardy

Ameer Ullah is a 22 year old student from Killa Saifullah Balochistan who was diagnosed with Brain Tumor while on a study exchange trip to USA. Government of Balochistan committed to bear all expenses of treatment of Ameer Ullah once his story was published in Balochistan Point.

AKU Hospital is demanding Rs. 1 million from family of Ameer to start treatment.

Medical tests of Ameer Ullah were conducted in Suburban Hospital in Bethesda, Maryland. Initially, doctors at AKU Hospital told family of Ameer Ullah that treatment would commence once reports are received from USA.

“AKU hospital is demanding 1 million rupees from us to start treatment which we don’t have,” lamented Aziz Ullah.

We can’t afford to stay with Ameer Ullah in Karachi let alone arranging 1 million rupees for his medical tests – brother of Ameer.

Aziz Ullah confirmed to Balochistan Point that so far no amount has been received by AKU Hospital from Government of Balochistan.

Aziz Ullah further elaborated that demand of Rs. 1 million is just for biopsy tests only, there would be demand of millions more for the treatment.

Balochistan Point, through its sources, could not ascertain the current status of financial assistance case of Ameer Ullah.

Chief Secretary Balochistan had personally told Ameer Ullah, via phone, that all of his medical expenses would be borne by Balochistan government.

Financial assistance case of Ameer is either trapped in Bureaucratic red tape or it has not been initiated altogether – Source.

An official within Balochistan government told Balochistan Point on condition of anonymity that either financial assistance case of Ameer is trapped in Bureaucratic red tape or it has not been initiated altogether.

“Balochistan government should keep its promise and should not jeopardize treatment of Ameer by delaying payment to AKU Hospital,” demanded Aziz Ullah.

Published in The Balochistan Point on September 15, 2015