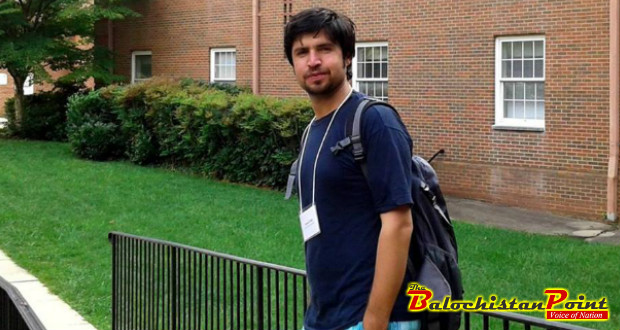 Quetta – U.S State Department is planning to deport a student from Balochistan who has been diagnosed with brain Tumor while living in USA, learnt Balochistan Point.

Ameer was a part of 125 student contingent that travelled under the auspices of United States Educational Foundation Pakistan (USEFP), in second week of August, to study in USA under a cultural exchange program. He was enrolled in Murray State University in Murray, Kentucky to study one semester before returning back to Pakistan.

While studying in USA, Ameer was diagnosed with brain tumor. 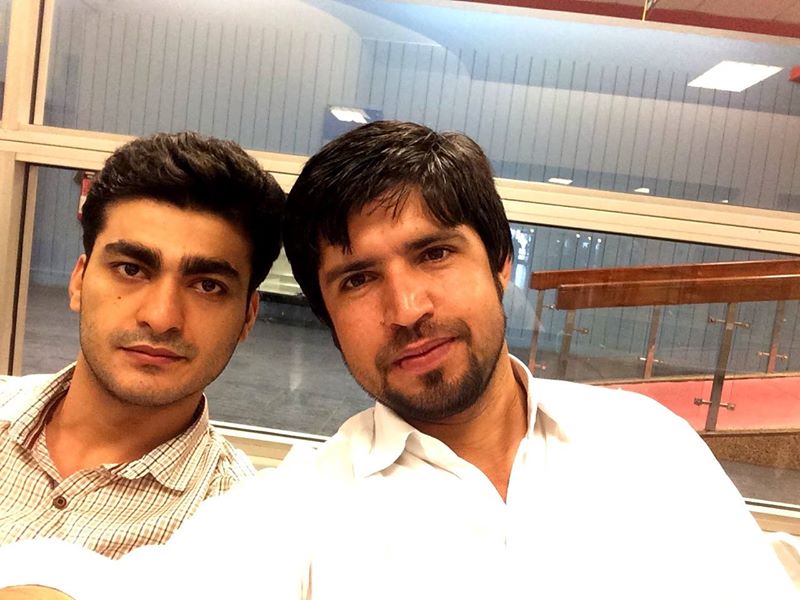 Ameer (Right) with a friend, at Islamabad Airport, before travelling to USA

“U.S state department wanted to deport Ameer immediately after his diagnosis, but with the help of a Pakistani doctor, initial treatment was provided to Ameer in Sub-urban Hospital situated in Bethesda, Maryland,” Aziz Ullah Kakar, bother of Ameer told Balochistan Point.

Mr. Aziz claims that doctors in Sub-urban hospital have advised that operating the patient will paralyze half of his body and therefore laser therapy should be used.

Reportedly, U.S State department has referred Ameer to Aga Khan Hospital Karachi where Brain Tumor can be treated and arrangements are underway for his return journey to Pakistan.

Family of Ameer has been told to receive him at Karachi Airport at 4:30 am on 21st August.

U.S Consulate General in Karachi declined to comment on the case of Ameer Ullah citing privacy issues, when asked by Balochistan Point.

“Given the nature of the request, we cannot provide any information on our exchange travelers,” Mark E. Kendrick, Public Affairs Officer of U.S. Consulate General Karachi replied to Balochistan Point when asked to comment on case of Ameer Ullah.

“Ameer might get proper treatment in Aga Khan Hospital Karachi but our financial situation is critical and we can’t afford to pay the high fee of that hospital,” lamented Mr. Aziz.

“No one form Pakistani embassy has provided any sort of help to Ameer so far,” another relative of Ameer told Balochistan Point. “Ameer is living in house of a Pakistani doctor and he has proved to be a big help,” added the relative.

“We want that Ameer should remain in USA for the term of his program, which is another 6 months, and continue his studies and also get his laser therapy at same time,” demanded Aziz Kakar.

Brother of Ameer fears that if his brother is deported to Pakistan he will not get proper treatment due to financial consists faced by the family.

Balochistan Point could not independently verify the claim that Ameer Ullah would medically suffer if shifted to Pakistan.

Aziz Ullah Kakar has demanded from Balochistan government, foreign Office in Pakistan and other concerned officials to step in and, in his words, help save life of his brother by preventing his deportation.