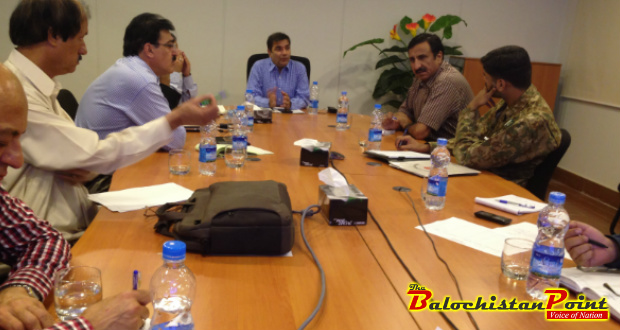 The facilities at Friendship Gate in Chaman are not up to the mark, he told the meeting. He said there is a need of another PTP near Pak-Afghan border to improve the vaccination coverage.  The meeting was informed about the lack of shades, umbrella, poor maintenance of cold chain, security concerns and validation of vaccination data.

EOC Coordinator Dr. Syed Saif Ur Rehman has said the improvement in coverage near Pak-Afghan border will significantly help to eradicate the poliovirus from the country. “It is a national cause and equally important like maintaining law and order,” he said.

The official of Southern Command has extended complete support and said Pakistan Army is well aware of this issue and its importance.

It was decided that officials will visit Friendship Gate to review the situation and take step to improve the coverage. The polio workers will be placed in a better strategic location to get access to more crossing children while a monthly meeting will be held between the bordering forces and EOC officials to improve the coordination.