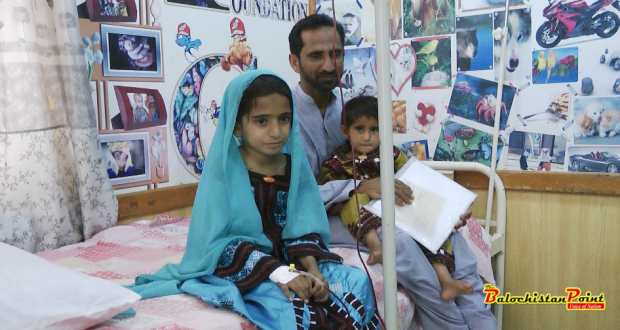 Appointment against Merit: One More Case of Illegal Appointment Unearthed

Government of Balochistan last year announced to find new recruits through National Testing Service (NTS) in order to curb irregularities in education department of the province. Appointments of more than 4,000 teachers were made through the testing body during the tenure of the outgoing government of Dr. Abdul Malik Baloch yet many candidates qualifying in NTS charge the government with making appointments to the government service against the merit.

In its latest investigation Balochistan Point has again unearthed a serious case in Balochistan’s Gwadar district, a tout of much talked China Pakistan Economic Corridor. Father of two children Dawood Yousaf, has been knocking at the doors of the district administration from the last few months seeking help from government for a post of junior teacher that he passed through NTS and secured third position in his Union Council. Namira 7 and her brother Bilal 5 children of Dawood are patients of Thalassemia Major. Father of two children both suffer from Thalassemia  says despite meeting the criteria set by Balochistan Education Department he was dropped from NTS list.

Dawood Yousaf, a qualified candidate of NTS told Balochistan Point that despite qualifying the test his appointment was not made because he doesn’t come from a political background

Dawood Yousaf, a qualified candidate of NTS told Balochistan Point that despite qualifying the test his appointment was not made because he doesn’t come from a political background. Dawood 39 is poor and has already lost his three children because of Thalassemia.  Namira and Bilal’s parents’ residents of Nalent Kulanch District Gwadar, have nowhere to go.

“My daughter has been on blood transfusion more than 50times since she was a six-month-old baby. We have been spending nearly Rs. 5,000 every 15 days towards blood transfusion and cost of medicines, risking side-effects,” a grief-stricken father said.

“I secured 3rd position with 47% in my union council, although there are vacant posts but I am not being appointed” Dawood claimed. He alleged that a person with 42% marks was appointed but he was not. “Mohammad Jan Raza, District Education Officer of Gwadar has made scores of backdoor appointments. He has been appointing people on political basis” Mr. Dawood alleged.

District Education Officer Gwadar refused to comment on the issue. “There are no vacant positions at Dawood’s Union Council.” he only said.

When contacted, Mohammad Jan Raza, District Education Officer Gwadar refused to comment on the issue. “There are no vacant positions at Dawood’s Union Council.” he only said.

Education Officer Mohammad Jan Raza is marred with dozens of illegal appointments in the education department of Gwadar. A local journalist from Gwadar said that scores of appointments were made in Gwadar in clear violation of the government rules and regulations. “Mr. Raza has appointed applicant of Pasini in Nalent Kulanch and Gwadar in Pasini tehsil which is a clear violation of merit”.

Dawood said that he had approached Commissioner Mekran and lodged a complaint against the officials of education department Gwadar. He said Commissioner assured him and 19 other candidates that their grievances would be addressed and the faults would be rectified immediately.

Watan Teacher Association (WTA) Mekran division president Saeed Ahmed said Dawood is not alone in this war against education department. He claimed his organization has detected 19 such cases only in Turbat and Gwadar. “Actually National Party, the ruling party of Mekran has deployed its workers for the position of EDO in these two districts respectively which made it easier for them to appoint their workers while the others like Dawood were left on the mercy of Allah”.  Saeed said he would approach Balochistan High Court if commissioner fails to resolve the issue.

Published in The Balochistan Point on March 21, 2016