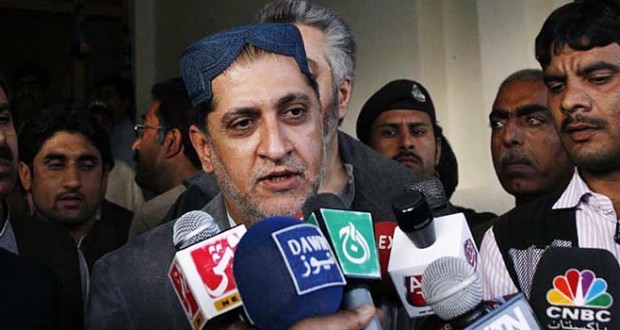 Baloch Are Left With No Option But To Approach International Court Of Justice: Akhtar Mengal

QUETTA: Sardar Akhtar Mengal, chief of Balochistan National Party (BNP) has said that Baloch are left with no option but to approach the International court of Justice (ICJ) to seek justice.

Akhtar Mengal issued a press statement on Monday in which he stated that establishment is using policy of victimization to push Baloch to the wall.

In last few days two members of BNP have been kidnapped and mutilated bodies of three others have been recovered, lamented Akhtar Mengal.

“Baloch People have the right to approach ICJ against the issue of Extra-judicial Killings, enforced disappearances and human rights violations because Judiciary in country has failed to deliver justice,” stated Akhtar Mengal.

Akhtar Mengal strongly criticized the apathy of Dr. Malik and Nawaz Sharif government in ignoring the atrocities committed against the activists of BNP.

He further said that there is no difference between PPP, PMLN and Musharraf government when it comes to treating the Baloch.

Mr. Mengal rubbished the claims of provincial government that security situation in Balochistan is improving.

He reiterated his firm belief that all hardships notwithstanding, BNP will continue its peaceful struggle for protecting the rights and resources of Baloch people.

Published in The Balochistan Point on November 4, 2014