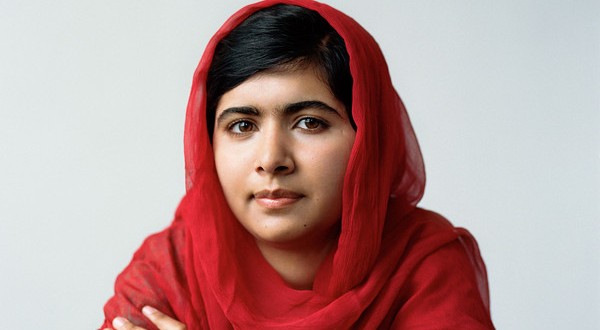 On October 10, Malala Yousafzai and India’s Kailash Satyarthi both were awarded Nobel Peace Prize, for their work promoting children’s rights. Malala became the youngest recipient of the Nobel Peace Prize. She is the second Pakistani to become a Nobel laureate after Abdus Salam who also shared the prize in 1979 with US nominee Steven Weinberg for physics.

But what makes this event more thoughtful is that just a day earlier, she passed the two-year anniversary of the horrid event that tossed her and her cause onto the world stage, where she had to be answerable to everyone especially her country fellows.

Tuesday, October 9, 2012 Malala was riding home from school. Gunmen halted the van in which Malala was present and demanded that other girls in the vehicle identify her. She was pointed out. At least one gunman opened fire, wounding three girls. Two suffered nonlethal injuries, but bullets struck Malala in the head and neck. Malala was left in critical condition but luckily she got proper treatment on time due to which she survived.

Soon Malala became a global symbol for the fight to allow girls everywhere access to an education. She founded the Malala Fund, which invests in local educational initiatives for girls in Pakistan, Nigeria and Kenya, and in Jordan, where it focuses on Syrian refugees. And she continued to advocate around the world for a girl’s right to an education, speaking before the U.N.

The Norwegian Nobel Committee awarded the prize saying that peaceful global development can only come about if children and the young are respected. “The Norwegian Nobel Committee has decided that the Nobel Peace Prize for 2014 is to be awarded to Kailash Satyarthi and Malala Yousafzai for their struggle against the suppression of children and young people and for the right of all children to education,” the jury said.

For me Malala is a real life super hero, who is ready to give up everything for the sake of education, not only for herself but for every individual in our country. Being a Pakistani girl and coming from a remote area of Pakistan just like Malala, she has a very especial place in my heart. Not for what she is doing but for how she is doing it.

A citizen is awarded the highest moral award of our civilization. In the words of a former committee chairman, a symbol “of goodwill and purity of heart all over the world”. This is the Nobel Peace Prize after all, and it’s about the glory of the human ideal and I think Malala can be a perfect example for struggle and determination for a noble cause. But guess what then it all goes wrong. A local paper screams “not to provoke the (…) people by rewarding this traitor to the nation”. Parts of the press call our hero a ‘puppet’ and ‘an insult’ to the country. Our local laureate is feted abroad and unwanted at home. Yes, the sane voices sigh, we haven’t heard this one before.

It really hurts me to see that how she is being criticize by my fellow countrymen for getting this award. They say there are ‘Candidates More Deserving’. It should have been Abdul Sattar Edhi, an unsung angel they mention once a year (whenever Malala might win another award). But an award for Malala isn’t one less for Edhi because both of them are not in opposition to one another. If nothing else, her win leaves the door open for 2015, 2016, and any other year we’d want to spend making ad hominem arguments instead of volunteering at the Edhi Foundation. Instead of criticizing her we all should be happy that she presenting Pakistan on an international level. She is the one who is standing tall in front of the world, bearing the criticism and searching for positivity in every negative comment she gets. She is the one who is still not quitting but moving forward to bring a change in this world. I just hope and pray that May sanity prevails and may we can learn to love and accept our own people.

Published in The Balochistan Point on November 5, 2014

2014-11-05
admin
Previous: Baloch Are Left With No Option But To Approach International Court Of Justice: Akhtar Mengal
Next: Chief Minister Balochistan Monitored Security of Ashura Processions in Quetta