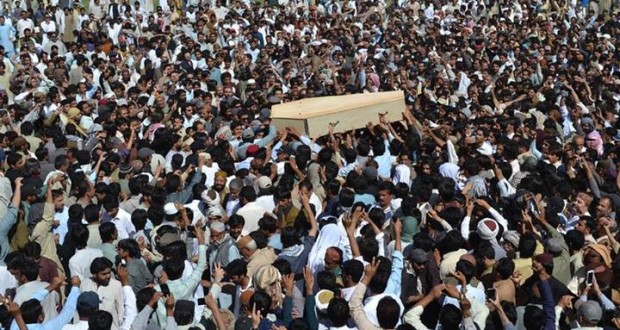 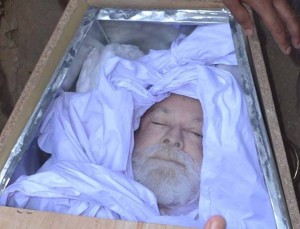 nationalist Nawab Khair Bakhsh Marri, who passed away on June 10th, has been laid to rest in New-Kahan, Quetta on Thursday.

Nawab Khair Buksh Marri (86) died on Tuesday in Karachi at a private hospital after his worse health condition. His dead body was brought at Quetta airport by a private plane and later it had been shifted to Combine Military Hospital.

It was scheduled that funeral prayer of Nawab Khair Bakhsh Marri would be offered at 9 a.m. at hockey ground Quetta and after that his body would be taken to his native town Kahan for burial by a Helicopter. However, Baloch political workers opposed the location of the funeral prayers, after which pro-freedom activists, Baloch women and nationalists shifted dead body to New Kahan for the burial. 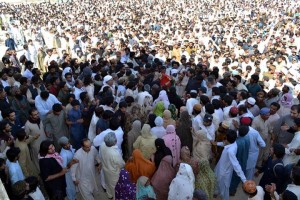 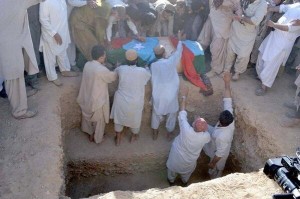 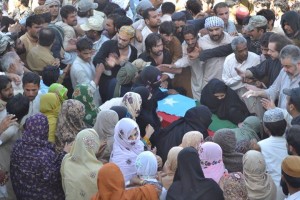 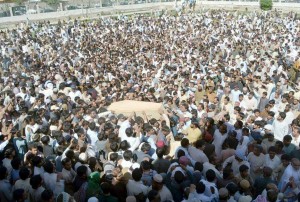 2014-06-12
admin
Previous: In remembrance: Father of modern Baloch nationalism
Next: Save the Children holds “Policy Dialogue” on Early Childhood Education