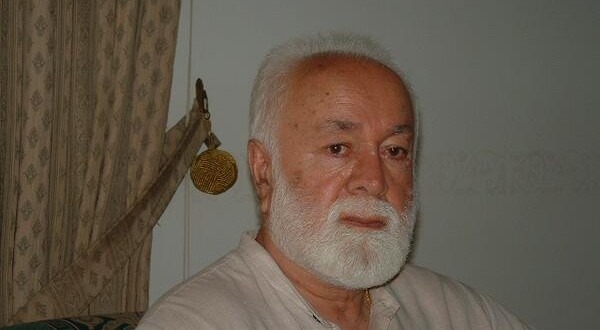 KARACHI: The chief of the Marri tribe will be quietly buried on Thursday  at 86 years old in Balochistan’s Kohlu district, but the “father of modern Baloch nationalism” was born amidst the swelling decibels of a military crackdown on the same soil some 50 years ago. He was the original irreconcilable Baloch born out of Pakistan’s original sin in Balochistan.

Nawab Khair Bukhsh Marri passed away on Tuesday, June 10, 2014, at Karachi’s Liaquat National Hospital. Considered one of the three ‘Angry Sardars’ – along with Nawab Akbar Khan Bugti and Sardar Attahullah Mengal – Nawab Marri’s mainstream political career effectively lasted not even a decade, spanning from the mid-60s to mid-70s.

Yet, he leaves behind a political legacy that is as lasting and profound as his political career was short and controversial.

Said to have been apolitical during his youth, and particularly so during his days at Aitcheson in Lahore, his political awakening begun late – more precisely during the outcry amongst the Baloch after the death of the Khan of Kalat’s brother and the execution by the state of his fellow Baloch rebels in the late 50s. A Marxist by political belief, Nawab Marri’s career germinated when the military launched a crackdown in Kohlu during the Ayub Khan regime in the 60s – a time that, interestingly and tellingly, corresponded with the initial expansion of oil and gas exploration missions into Balochistan and the Marri areas.

Nawab Marri quit mainstream politics after the first-ever Balochistan government, formed by socialist National Awami Party, of which he was a part, was dismissed in 1973 by then premier Zulfikar Ali Bhutto under charges of conspiracy. Interestingly, while both he and the ousted chief minister of Balochistan Sardar Attaullah Mengal were detained after the dissolution of the government, the third ‘Angry Sardar,’ Nawab Bugti, was appointed governor by Bhutto.

Along with a number of high-profile nationalist leaders across the country, Nawab Marri was tried under the famous Hyderabad Conspiracy case, which charged Marxist leaders with sedition. He was detained by the state up until Gen Ziaul Haq came to power and released him – after which he left Pakistan for Europe and then Afghanistan.

In an irony of sorts, it was when he quit mainstream politics that his influence and stature truly rose.

Nawab Marri’s militant and unwavering discontent with Pakistan since then has served to feed modern Baloch separatism as we know it. His silence upon his return to Pakistan from Afghanistan in the early 90s – which he maintained till his dying day, appearing seldom if ever in the press – was in stark contrast to the flamboyance and outspokenness of other Baloch nationalist leaders.

It may have been a fiery Nawab Bugti, a man known for his blazing rhetoric, who died a violent death in the mountains, but it was the steely-cold Nawab Marri, a man of few words, that was adopted unanimously as the father of Baloch nationalism.

And there is a reason for that. Nawab Bugti’s anger and passion were mercurial and hence inherently erratic. He fought but he spoke too – at least until close to his death. They say even anger indicates that there is some sort of scope in a relationship. In the case of Marri, however, there seemed to be no room; only a sense of steadfastness; a deathly dispassion for over three decades – so much so that it led to him being dubbed ‘Khamosh Baba’ by the Pakistani press.

His bitter and resolute silence spoke volumes – representing in many ways a severing of any sort of prospect for reconciliation for a big chunk of Baloch nationalists and the birth of violent separatism in Balochistan. This movement was spearheaded by none other than two of his sons, Nawabs Balaach and Hyrbyar Marri, who led the Baloch Liberation Army (BLA), which regularly carries out violent attacks against the state of Pakistan and believes there is no option but separation from Pakistan for Balochistan. While Hyrbyar lives in exile in London, Balaach was killed a few years ago, reportedly in Afghanistan.

But Nawab Marri’s influence extended well beyond the militant organisation led by his sons and across the number of militant groups that have cropped up in Balochistan since the BLA – which can be gauged from the fact that it was reportedly only his intervention that led to the freeing of UNHCR official John Solecki, who was kidnapped by a shadowy, previously unheard of Baloch militant group in 2009.

His death opens up a crucial chapter for Balochistan in general and the Marri tribe in particular. Nawab Marri had six sons, and the heir to chiefdom of the large and influential tribe is his eldest son, Jangez Marri – who, unlike his brothers, is a mainstream politician and a part of the Pakistan Muslim League-Nawaz (PML-N). The BLA is made up largely of Marri tribesmen – and it remains to be seen if the new chief will be able to use his influence to convince his tribe to open up dialogue with Pakistan, or if his brother will succeed in continuing their father’s legacy of cold silence. ( Courtesy: The Express Tribune)

Correction: In an earlier version of this article, it was erroneously mentioned that Nawab Marri was buried on Wednesday. The error has been fixed.