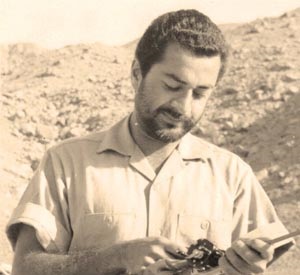 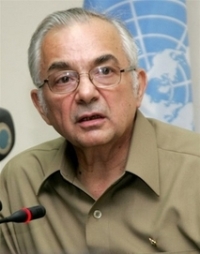 Khair Bakhsh Marri is no more. He was my brother-in-law. I did not always share his political views. But I always admired his personal and political character.

If the Pakhtun had Bacha Khan, the Muslim Bengalis had Suharwardy and the Sindhis had G M Syed, then the Baloch had Khair Baksh Marri. Each one of them was a political leader of outstanding integrity and tenacity. Sadly, the Punjab of Pakistan – possibly due to historical, cultural and geographical reasons – has never been able to produce a political leader of any positive character and consequence. All they have ever aspired to is self-serving political gimmickry. This fact has always countered and negated the political potential of the country.

Tragically, the ‘success’ of this political gimmickry of the Punjab establishment (not the Punjab people) over the grievance politics of the ‘minority’ provinces has stymied the political development of the country. Military interventions and interference has been an integral part of this paradigm. Foreign and security policy disasters have followed inevitably.

Khair Bakhsh Marri became the strongest symbol of resistance to this paradigm. In this sense he was a national leader despite his extreme disillusionment with the way the country had evolved, particularly at the expense of his own people. He was a sardar and a socialist. Some might argue that made him into a reactionary and a progressive rolled into one. His critics argued that this accounted for his political confusion. Harsher critics from the establishment alleged it accounted for his political “hypocrisy” and pointed to the iniquitous nature of traditional Baloch tribal society where the sardar or tumandar represented in his person the ‘the whole weight’ of his tribe, reducing the individual tribal Baloch to ‘weightlessness’.

However, the truth is that Khair Bakhsh was well aware of the limitations of tribal society even though he admired its simplicity and nobility as well as its values of identity, honour and loyalty. His socialism was not just an expression of his opposition to the forceful intrusion of a de-tribalised and degenerate elite nurtured and controlled by foreign masters; it was also a recognition that tribal society was largely a thing of the past, and would now need to become part of a more egalitarian and inclusive society in which it would be able to retain and renew its identity. But neither he nor his people would respond positively to diktat and imposition.

Was his attitude politically feasible? Did he consistently adhere to his principles? Did he recognise and prioritise the policy implications of his political convictions? While positive answers to each of these questions might be problematic, a negative answer to each of them would certainly be wrong and dishonest.

Khair Bakhsh Marri was not an intellectual. But he had a fundamental sense of what was right and just and what was wrong and unacceptable. He intuitively and correctly saw that neither he nor his people were given the space in which to freely find a place of dignity, equity and security in the post-independence political system. This system had, by and large, been imposed upon them by a new set of post-colonial, distant, dishonest, uncaring, and oppressive rulers. They had inherited a tradition of servility and service to outsiders, a tradition in which they apparently took pride and sought to exercise political power for the first time.

Accordingly, they could never even begin to comprehend the so-called ‘threat’ of ‘regional nationalisms’, which were in fact the essential and historical substance of the new country of Pakistan. Without enabling and encouraging this substance of regional nationalisms to freely develop and progressively merge into the meta-substance of a genuinely inclusive and participatory Pakistani nationalism, the country could have no sustainable existence.

The tragedy of East Pakistan was proof of this fact. The tragedy of Balochistan has been proof of our leadership’s refusal to learn anything. This fact continues to rule our country today – with all its devastating consequences. The Pakistan in which Khair Bakhsh and his people found themselves was one in which these facts were already beginning to define its destiny. Accordingly, he was brave and sincere enough to say he would have nothing to do with such a country, and would resist its “exploitation and hegemony” without compromise.

Was this the correct or only possible response? Maybe not. Did Khair Bakhsh’s despairing response to what he saw as an impossible situation for his people define him as a traitor to Pakistan? One would have to be a supreme hypocrite to say so.

Is it also not a fact that politically aware people all over Pakistan deeply respected him for his principled tenacity? Are they also traitors? If not, why was Khair Bakhsh deliberately misrepresented, harassed, imprisoned, ignored and isolated by the establishment and by each and every ruler of Pakistan? Does that reflect on Khair Bakhsh Marri or on the quality of the ruling establishment it has been the fate of Pakistan to suffer?

Shallow leaders from time to time sought to meet him as part of their political gimmickry. Generally, he politely but firmly refused to meet them. Did that mean he was stubborn and unreasonable? To an extent, maybe. But, much more importantly, it meant he did not wish to waste his time in dealing with political gimmickry or to have any truck with political insincerity.

It has been alleged that Khair Bakhsh Marri and his associates were financed by India and possibly other countries. I do not know the facts. But what I do know is that such charges have never been backed up with any evidence. Moreover, if a people are denied any hope of redress for their grievances within national political processes, they will eventually be denied any sense of participation in the nation. The ruling establishment, in such circumstances, will forfeit the right to make such allegations against an alienated people and their political leaders even when there may be a kernel of truth to them.

Such allegations become part of the hypocrisy and oppression that alienated them in the first place. The refusal of the ruling elite to seriously address and redress the issue of political alienation is itself an anti-Pakistani act, especially in the light of our historical experience, which we seek to forget even as we repeat it.

All said and done, Sardar Khair Bakhsh Marri’s political career, including the political commitments he made, add up to the kind of selfless political leadership that is sorely lacking in Pakistan today. That is why, despite any differences I might have had with some of his political positions, I salute my brother-in-law in his passing as one of the great Baloch sons of Pakistan – and therefore as one of the great Pakistani political leaders. May Pakistan embrace his memory as such. Inna-lillahi wa inna ilayhi raji’oon ( Courtesy : http://www.thenews.com.pk/ )

The writer is a former envoy to the US and India.Email: ashrafjqazi@yahoo.com

2014-06-12
admin
Previous: End of an era
Next: In remembrance: Father of modern Baloch nationalism