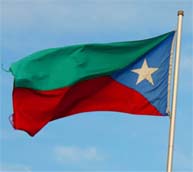 QUETTA: Baloch Republican Party strongly has condemned the recent acid attacks in Quetta and Mastung where six Baloch women were targeted and wounded within 24 hours.

BRP’s spokesperson in the issued statement has strongly condemned recent acid attacks in Quetta and Mastung and said that women had a very honorable status in the Baloch society and it is against Baloch traditions and humanitarian values to attack women.

“Baloch women are playing a crucial and leading  role in the Baloch struggle. Afraid of their participation in Baloch movement, the state tries to deter Baloch women with various crimes including acid attacks. We appeal to the world organizations including women rights and human rights bodies to raise their voice for the Baloch women being oppressed by the state and it’s sponsored extremist elements” explained BRP’s spokesperson

published in The Balochistan Point on July 25, 2014