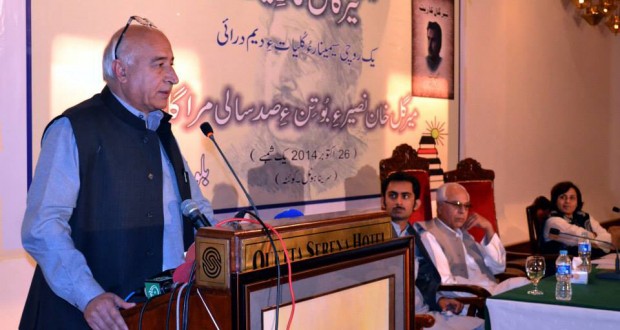 A seminar was held in Serena Hotel Quetta which was organized by Balochi Academy. In this Seminar the new book of Balochi Academy, comprising of entire literary collection of Gul Khan Naseer, was launched by CM Balochistan. 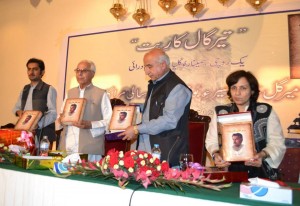 Launch of Book by Dr. Malik and others. Credit: Musa Farman

2014 marks the 100th Birth Anniversary of Great poet of Balochistan, Mir Gul Khan Naseer. This year has been named after him by government of Balochistan.

She further said that one word uttered by a Poet is more powerful then dumps of gunpowder. Intellect is the last line of defense of nation, once its destroyed then nothing can save a nation from destruction. Amar Sindhu concluded her speech with the message that “best way to pay tribute to Gul Khan Naseer is to search for his lost dreams.” 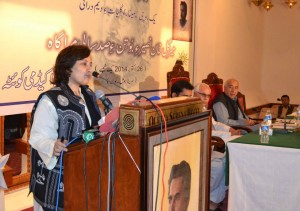 In second and third segment of the seminar many noted intellectuals, professors and literary giants read their papers about Gul Khan Naseer. These people included Munir Badini, Abdul Hakeem Baloch, Dr. Saboor Baloch, Rahim Baksh Mehar and many others.

Gul Khan Naseer was a notable poet of Balochi, Brahvi and Urdu. He was a contemporary of Faiz Ahmad Faiz and Habib Jalib. Gul Khan Naseer was born in 1914 and died in 1983. During his illustrious political and literary career He became a provincial Minister, wrote many books on history and authored several collections of poetry. 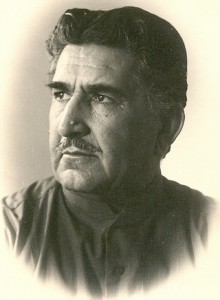 Published in The Balochistan Point on October 26, 2014