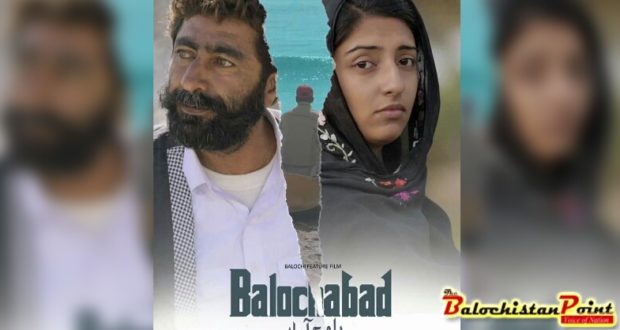 Once the films having female character or representing female role’s, issues or a film favor were impossible in the industry. The first Balochi film Hammal-o-mahganj was produced by Anwar Iqbal and released in 1976, However the film was not made to the screen amidst protests by cultural activists who alleged it misrepresented Baloch culture.

A slogan used in protest movement was: ‘Balochi film chalay ga to cinema jaly ga’ (If Balochi film is screened, Cinema’s will be brunt), but now the era is different, our people are literate and they think broad, yes five fingers are not equal there are still those people lying in the society who think that films spread negativity and they are not for Balochi film industry.

Shakir shad is a great Balochi Poet, writer, director and working for the sack of society specially for women welfare. Recently I came to know that a film Balochabad by Shakir Shad, is a feature film and first Balochi film which is representing women empowerment, I personally became very happy to see such a good production in Balochi film industry,I suggest you all to come on screening day and admire Shakir shad and his team for their efforts. Balochabad is being screened now  at different place’s of Balochistan such as Uthal, Gawadar, Turbat ,Pasni, Sur, Queeta , Panjgoor. This move should be supported and appreciated to encourage Balochi film production for the positive purposes.

Published in The Balochistan Point on February 1, 2020