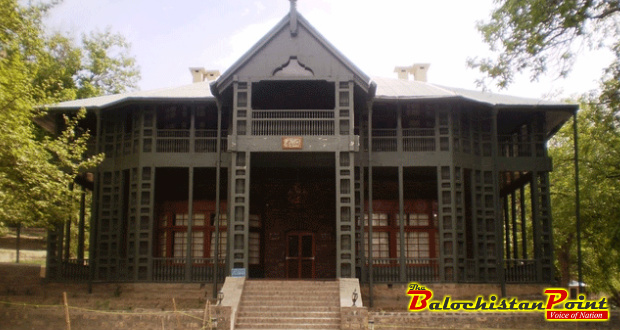 We celebrated the 69th Independence Day of Pakistan with much zeal and fervor and positive news coming out of Balochistan. Over 400 militants laid down their arms and vowed to shun militancy in a ceremony in Quetta. The government of Balochistan has been actively pursuing a policy of reconciliation for the past few months to pave way for solutions on issues relating to the province which has been undergoing sectarian and ethnic violence and terrorist attacks for over a decade. On June 26, 2015 Balochistan Government extended general amnesty for all militants who give up arms.

The militants laid down their weapons in Quetta, Khuzdar, Dera Bugti and other parts of Balochistan in the aftermath of a reconciliation policy announced by the provincial government and “Peaceful Balochistan Programme” by Prime Sharif Minister Nawaz and Army Chief General Raheel Sharif.

Well this shows that the efforts to promote provincial autonomy through fiscal decentralization and local governance can augment efforts for peace building. The government must keep on promoting political governance for solution of matters like law and order and local development.

However, we need to understand that provincialism has overshadowed our national identity in every part of the country. Even our politics today is confined to regional and provincial domain. As Pakistanis we are quite patriotic but we need to channel our energies in the right way to overcomes hurdles in our progress.

“Local attachments have their value but what is the value and strength of a “part” except within the “whole”. Yet this is a truth people so easily seem to forget and begin to prize local, sectional or provincial interests above and regardless of the national interests. It naturally pains me to find the curse of provincialism holding sway over any section of Pakistan. Pakistan must be rid of this evil.”

The turmoil in Balochistan particularly violence has been a grave matter of concern. We know Hazara community has been under siege in the recent past. On the other hand human rights violations have always raised questions about the overall law and order and security situation.

Besides this we have a crisis of free speech regarding Balochistan. It is hard to discern why talking about Balochistan and its problems can be so dangerous. How can there be accountability and transparency in matters of justice and human rights when people are not even allowed to raise genuine concerns? We need to listen to the people whose family members are missing. We need to listen to the plight of Hazara community. We need to take into account the dismal situation of human development. We need to own our problems in order to solve them.

Balochistan has enormous potential to not only alleviate its own problems of backwardness and poverty but also to contribute tremendously towards Pakistan’s development. We just need to equip the people with necessary skills and give them opportunities. We now see that Baloch people are ardent to become a part of national mainstream.  If the local people are involved in agricultural and industrial progress it would create an environment where people would value efforts to restore peace.

De-militarization in Balochistan is a step in the right direction but is only the beginning of the process of reintegration of various groups in the national mainstream. A lot has to be done to sustain peace and order. We have an opportunity to rebuild and re-establish a responsive, inclusive and participatory political and economic system that provides social justice, security of life and property and prospects for a better future. The second phase of ‘national integration’ process must comprise of increased focus on health, education, nutrition, child immunization, infrastructural development, poverty alleviation, disaster management and introducing anti-corruption and transparency measures for natural resource governance.

“As you all know I am especially interested in Balochistan because it is my special responsibility. I want to see it play as full a part in the affairs of Pakistan as any other province, but it will take time to remove the symptoms of long neglect.”

Published in The Balochistan Point on August 21, 2015

Balochistan 2015-08-21
Editor
Previous: Save Humanity and Society in Balochistan
Next: Plight of Balochi Musicians