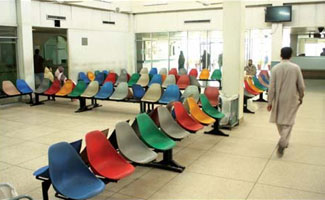 QUETTA: Doctors strike in government hospitals across Balochistan entered sixth day on Tuesday in protest against their senior colleague’s kidnapping from Quetta. Cardiologist Dr. Munaf  Tareen was kidnapped from the city last week when he was heading back to his home from his private hospital at Pishin Stop. The abductors, opening aerial gunfire, took him away on board along with his vehicle.

Medics associated with Young Doctors Association (Balochistan Chapter)  refused to perform their duties in Quetta civil hospital, Bolan Medical Complex hospital, Fatima Jinnah hospital and other hospitals across the surrounding province, leaving patients in suffering. However, emergency services were available in the hospitals.