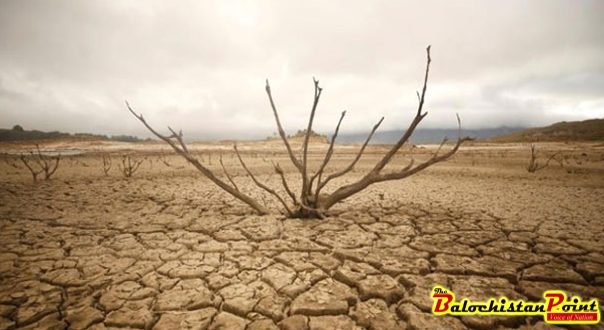 Balochistan: Drought is taking girls out of school, out of scene

The backwardness of Balochistan province of Pakistan is such a visible fact that no one can either deny or ignore it. Among the reasons constituting this backwardness, the low literacy rate stands on the top and in case of women backwardness, the low literacy rate is declared the root cause of it. This spoils women welfare massively as the dropout of girls always results in early marriage which is in fact a heap of countless social and health problems which is resulting in the high death ratio of girls forced to be mother in an early age.

One of the major reason of girl’s high dropout and early marriage is the drought which extremely devastated people’s major income sources; livestock and agricultural lands for last two years. The drought created economic and survival issues for the people of Balochistan. The WHO in it’s a recent report pointed out that 4.4 million people are drought affected out of 12.3 million population of Balochistan and also mentioned that 35% population of the Balochistan province suffering from the drought. As result of drought, many girls are now missing out on continuing their education because they are forcing to marry in an early age. Worryingly, a premature end to school is associated with the prevalence of child marriage and exposure to rape. One out of four girls are married before 18 and thousands of girls are at risk of early marriage in Balochistan. The parent’s do not give priority educational expenses of girls and not realizing their right to life, education and health and solemnizing their marriages mostly with old men just against PKR 100,000 – 250,000.

The Pakistan Education Statistics 2016-17 report has uncovered many alarming facts about education in the biggest (area-wise) province of Pakistan by figuring the dropout as 22.84 million children with a proportion of 70 percent from Balochistan. The outwards evidences also rectify that the actual figures could be real or near to real. The poverty ratio in Pakistan is although undeniable but the extreme clutch of poverty in Balochistan is a pinching fact which demands for a quick and calculated attention. The recent pasts endorse the fact that Balochistan has taken much time to create tendency among the people for girl’s education but now the negligence of this section is overweighing this tendency. Primary education is the first pillar to progress and prosperity and if it is kept weak then the whole edifice is apprehended to shutter into debris any time. Unfortunately, the primary education claims or enjoys no importance in our society, particularly in the rural areas.

The prevailing tribal system offers little about girl’s education in Balochistan. The self-created religious dogmas, outdated tribal system and the poverty ridden society of Balochistan have already reduced the chances of girl’s education in the province. A glimpse of this fact is fully depicted from the present position of women and girls which is precarious in all respects. Even if the report of PSLM survey 2014-15 conducted by Pakistan Bureau of Statistics, is considered fully accurate by accepting literacy rate of Balochistan as 43%, even then the ratio of girl’s education contains only 25% which offers very nominal chances for a prosperous future for women. According to a survey the literacy rate among women in Baloch areas is about two per cent which is perhaps lowest one in the world. This figure cannot be ignored because of its repercussions and draws vehemently our attention to attend it. The girls out of school or dropout from school is not only an educational or a national problem but it is a humanitarian tragedy. Education is a right and state is responsible to impart quality education to all its citizens but this responsibility is not being fulfilled properly in Balochistan.

The planning for the development of education and the increasing of literacy rate mostly focuses the urban areas whereas more than 75% of the population of Balochistan lives in rural areas. The weak monitoring of schools has also been recorded in the rural areas due to the long distances, absence of the required wherewithal and other administrative factors. The dropout among girls in rural areas is extremely high which has hijacked the rural mental and material development. The pondering point is the deterioration going higher and higher on each passing day.

The absence of education of education among the girls is not only the absence of literacy but it gives some virulent problems for them. Marrying a girl after attaining the age of 13 years is considered a tribal obligation and the delaying of it is considered a disgraceful act which brings a filthy blot on the honor of the family whereas early marriage itself is the mother of immense social and health problems. The unintended pregnancies are mostly due to early marriages which mostly lead to increase the MMR ratio.

The natural calamity hitting the area as drought is striking the last stroke to spread this backwardness. The natural geographical formation of Balochistan is destined to floods as well as droughts that is why the very dream of the prosperity of Balochistan calls for an immediate, solid and fully workable plan to tackle it. Generally, drought is devastating every sphere of life but the heavy burden of it is affecting the girl’s education in Balochistan.

Although we have lost much but still there is time to act now by arresting the ever increasing dropout rate of girls. It must not be considered as a step to promote literacy but as a step to save life of millions of innocent and helpless girls for countless impending problems.

Published in The Balochistan Point on March 12, 2019