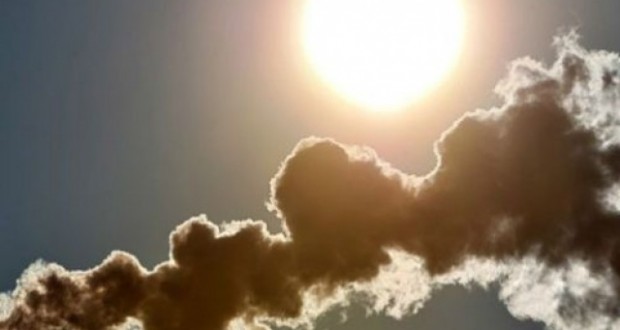 QUETTA: As elsewhere, environmentalists have observed abnormal weather conditions in Balochistan like out of season rainfall and rise in temperature over the past four to five years.

Although there are no major industrial or metropolitan regions in Balochistan, the spillover impact of climate change is visible in the province.

Quetta Valley — located at an altitude of 5,500 feet (1,675m) above sea level and stretching over an area of 2,653 km – has witnessed a considerable rise in peak summer temperatures in recent years.

“In the summer, the temperature in Quetta rose to 44 degrees Celsius. This was unheard of six decades ago,” Faiz Kakar, manager of the Balochistan chapter of the International Union for Conservation of Nature (IUCN), told The Express Tribune. “We are seeing sudden, violent rainfall which is more harmful than useful. There used to be three or four spells of showers during the monsoon season, but now the rains are out of sync with the weather cycle of the valley, either it is an unexpected heavy downpour, creating a deluge or no rainfall for five to six months, he said.

For the past several years, there has been no snow at all in the Quetta city, though the mountains surrounding it do receive light snow each winter. The city used to get a good share of white winters in the past few decades.

“The month of September has never been so hot. Similarly, the weather remains cold until May, which used to be a hot month. These are definitely abnormalities,” says Kakar. “It is now October and the temperature is 31 degrees Celsius in Quetta. This has never happened before.”

Irfan Baig, a Quetta-based expert and author of the recent book Natural Disasters in Pakistan, says that climate change has affected production and quality of fruit.

“The province witnessed prolonged drought from 1997 to 2003 and the government has done nothing to overcome the crisis. The people are still suffering,” he said.

Winters in Quetta and other parts of Balochistan have become shorter. “There used to be snowfall in the middle of November, but now it doesn’t come until the end of January. It gets very cold but there are fewer overall days of cold,” Baig told The Express Tribune.

Trees in the region have been dying off on a vast scale. “Apple trees in Quetta, Mastung and the northern areas of Balochistan, and date palms in Makran have succumbed to diseases,” he said.

According to Baig, the Balochistan government has no idea how severely climate change can and will impact the province’s population and economy. “It is regrettable that our heads of government, ministers and governors have never paid attention to protecting the environment. They do not realise how important it is. The government allocates less than one percent of its budget to environmental affairs.”

The Karez system — an indigenous method of irrigation in which groundwater is tapped using tunnels and underground water channels — has been vanishing slowly.

There were over a hundred Karez in Quetta and 250 in Mastung, but most of them have dried up. “There are only one or two Karez left in Mastung. Most of the areas in Balochistan were dependent on Karez. Now they are dry,” said Faiz Kakar, adding that people have responded by installing tube wells, which is against the law and hurts the environment. “The groundwater level has receded alarmingly. In the past, water was available at 100 or 200 feet but now it has dropped to beyond 800 feet,” he notes.

According to Wasa, there are now more than 5,000 illegal tube wells in Quetta and its surrounding areas. “A few years from now, Quetta will be completely dry,” said a Wasa engineer, in a dire prediction.

Balochistan witnessed another drought this summer. There have been no rains in Zhob, Musa Khail, Kohlu, Barkhan and Dera Bugti which has drastically affected the agriculture and livestock of these districts.

2014-11-15
Editor
Previous: Education Is The Only Option To Achieve Success In Life: Dr. Malik Baloch
Next: Afghan Immigrants Should Be Sent Out Of Balochistan: Kakar Jamhoori Party