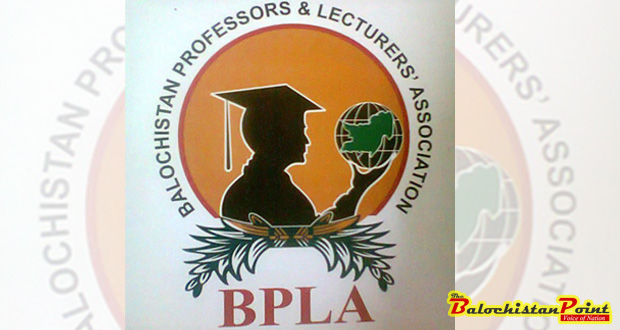 BPLA, established in 1995, is the union of all professors and lecturers in colleges of Balochistan.

According to government sources, all the suspended educators who happen to be cabinet members of BPLA, had refused to mark papers and conduct practical exams of annual intermediate exams.

Professor Wahid Bux, a member of BPLA said, “Instead of accepting the genuine demands of BPLA, Balochistan government has suspended the whole cabinet of the association.”

“Inappropriate treatment meted out to the educators in Balochistan at the hands of Government exposes its serious in the so-called efforts to uplift state of education,” lamented Mr. Bux.

Balochistan government has imposed educational emergency in the province since January 2014. This campaign has been widely criticized by different quarters for its ineffectiveness. A survey released last week revealed that literacy rate in Balochistan had fallen down by 3%.

Published in The Balochistan Point on May 19, 2015