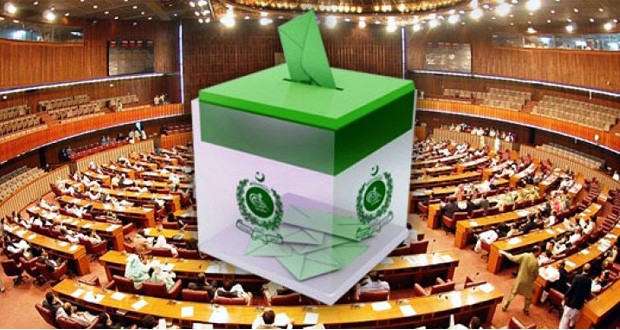 Amid much controversy, Senate elections took place in Pakistan. Raza Rabbani from Pakistan People’s Party was elected Chairman Senate for a term of three years. Abdul Ghafoor Haideri of JUI-F was elected Deputy Chairman Senate. Pakistani media praised the unopposed election of Raza Rabbani but Balochistan was once again ignored for the top slot in Senate.

Senate in Pakistan came into being after the implementation of 1973 constitution by the National Assembly. Habibullah Khan and Ghulam Ishaque Khan were the first two leaders of the Senate from Khyber Pakhtunkhwa. The third chairman was Wasim Sajjad from Punjab. After that, two consecutive chairmen from Sindh, Mian Muhammad Soomro and Farooq H. Naek were elected. Then, Mr. Nayyer Hussain Bokhari from Islamabad was given the honor. So, for the last 42 years, no one got elected from Balochistan.

There were expectations that Senate chairman would be elected from Balochistan this time. Certain senators belonging from Balochistan were also floated in the media by PML-N as possible candidates for the office. However, PPP and PML-N agreed on the name of Raza Rabbani, who belongs from Sindh. It must be noted that leadership of PPP and PML-N belong form Sindh and Punjab respectively, having no stake in Balochistan.

In 2013, a civilian government, after completing its tenure, transferred power to another civilian government. Considered as a new dawn by political pundits in Pakistan, there were hopes that Balochistan would also be better integrated in the federal structure.

However, this opportunity was wasted by the ruling elite of Pakistan due to their insensitivity towards Balochistan.

Mr. Raza Rabbani, the new chairman of Senate is a lifelong democrat. His credentials for democracy and support of provincial autonomy are beyond any doubt. He played a pivotal role in 18th amendment, which is considered as a landmark in constitutional history of Pakistan. Still, Raza Rabbani deprived Balochistan of an important slot.

Parliamentarians of PPP term the election of Raza Rabbani as a great feat for democracy in the country. But why was Raza Rabbani not chosen for the same position in 2009 and 2012? The fact is, Rabbani acted as a compromising candidate. PPP claims to be the representative of smaller provinces in Pakistan but has once again deprived Balochistan from its right in the name of democracy.

In order to pacify the senators of Balochistan, office of deputy chairman senate was allotted to them by PPP and PML-N. Even if the senators of Balochistan hold the office of deputy chairman for the next two decades, it will not beat one term as Chairman Senate. It should be noted that Chairman Senate becomes the acting President in the absence of country’s President. Speaking of President, Balochistan is the only province from where a President has never been elected.

I think the model for the selection of Supreme Court Bar association chairman should also be replicated for Senate. Every province gets to elect a chairman for the office, which is the only unbiased procedure to fill the most important posts in the country.

Republished in The Balochistan Point on March 15, 2015