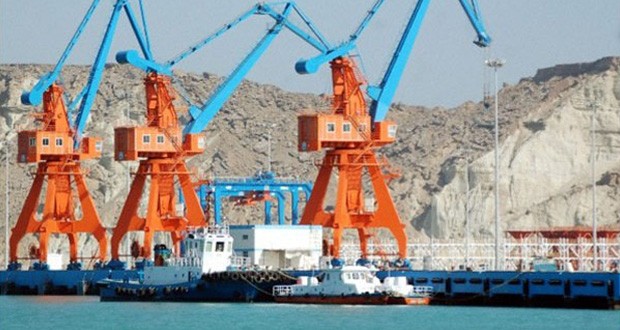 The controversy over alterations in the route of the China-Pakistan Economic Corridor (CPEC) is currently the major source of conflict between the federal government and the provinces. This conflict temporarily subsided because of the senate elections, but will resurface after the election of chairman of senate. Politicians from Balochistan and Khyber Pakhtunkhwa are vehemently protesting against the changes in the route of the CPEC but no one has asked the people of Gwadar, who are the biggest stakeholders in this debate, what they think.

The CPEC is a trade corridor that will stretch from Gwadar in the Arabian Sea to Kashghar in the Xingjiang region of China. It’s part of China’s strategic plan to develop its backward western regions. The Chinese government has committed to lend $45 billion for the project to be used on infrastructure development and energy projects in Pakistan. This corridor is to consist of roads, railway tracks and gas and oil pipelines.

Everyone was optimistic about the CPEC project till it was revealed by journalist Salim Safi that the government had allegedly modified the original route of the corridor. The original route was to pass through Quetta-Zhob-D I Khan while the new route would pass through Sindh and Punjab. This revelation kick-started opposition to the proposed changes in the CPEC. The federal government, on the other hand, has stuck to its stance that there has been no change in the route and all the outcry is propaganda aimed at undermining the project.

The KP Assembly was the first to pass a resolution to reject the changes in the route. After that, the ANP, under the auspices of its youth wing the National Youth Organisation, held a seminar in Islamabad. In that seminar, politicians from Balochistan, KP and members of the PTI and PPP severely criticised the government for changing the corridor’s route. On February 28, the Balochistan Assembly also passed a resolution and condemned the changes in the CPEC’s route.

Not a single person in the seminar held by the ANP talked about the plight of the people of Gwadar. The resolution passed in the Balochistan Assembly also did not pay any attention to residents of Gwadar. This project, which has been dubbed a ‘game-changer’, is dependent upon the Gwadar deep seaport project. The people of Gwadar have not received any benefit from this mega project, which has led to resentment among them against the entire project.

Not many people know about the plight of Gwadar’s residents. There is scarcity of clean drinking water in the city. When there is less rainfall than normal, people face severe shortage of drinking water. A few years back, a navy ship carried water from Karachi for the people of Gwadar to prevent a human catastrophe. There is just one degree college in Gwadar, which lacks infrastructure for even intermediate classes. Unemployment is rampant in the district as is the unchecked sale of drugs. In short, Gwadar in no way presents the picture of a coastal city that is the starting point of a $45 billion project.

Mir Hammal Kalmati, the member of the provincial assembly from Gwadar said on the floor of the Balochistan Assembly that “People talk about the route of the economic corridor but no one talks about the plight of Gwadar’s residents.” He added: “There are no doctors, educators and clean drinking water in Gwadar.” Even in the recruitment process for small-scale jobs the people of Gwadar have been ignored. The words of Kalmati are a polite representation of the grievances of Gwadar’s residents.

The Gwadar Youth Forum is a community organisation working for youth development in Gwadar. The president of this forum, Barkatullah Baloch, was extremely cynical of the debate on the alleged changes in the economic corridor’s route: “The people of Gwadar are totally disappointed with the Gwadar deep-seaport and the China-Pak Economic corridor project; there has been zero improvement in our lives.” It is quite clear that the people of Gwadar have not received any direct or indirect benefit from the deep seaport project, and they don’t expect anything better from the CPEC.

Around $11 billion will be used for infrastructure development under the CPEC project. The government of Pakistan needs to divert at least $500 million for that for the development of Gwadar. This package can be used to provide the most basic facilities such as clean drinking water, quality education and healthcare facilities. Apart from that, funds from the Federal Public Sector Development Programme (PSDP) should be used for establishing a world class university in Gwadar that gives priority to local residents in admission and employment. This is not too much to ask for a city that will be the launching pad for economic progress in Pakistan.

The federal government needs to realise its responsibility towards the people of Gwadar if it is really sincere about completing the project. It needs to commit itself to develop Gwadar and raise the standard of life of the people there. As for those who are protesting against the changes in the economic corridor’s route, they need to be a little less self-centred and include the development of Gwadar in their demands along with the restoration of the original route.

Republished in The Balochistan Point on March 14, 2015