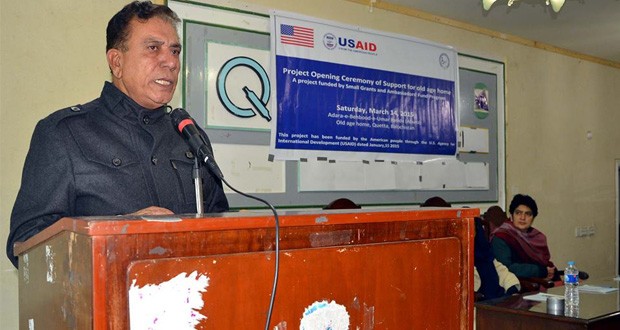 A program was held in Quetta Press club on Saturday to share the details of the Abroo old age home with the press and public.

Member of Provincial Assembly, Raheela Durrani had paid Rs. 20 million from her development funds for the construction of two blocks of the Abroo project. Habib Bank Quetta and German Consulate Karachi have also supported the establishment of the project.

“Initially 10 old women would be provided shelter in the Abroo project and the number will be raised to 50 after completion of all the blocks,” said Brigadier Baloch.

It must be noted that there is no other old age home in entire Balochistan and Abroo is first of its kind. 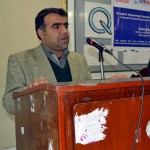 Behram Baloch speaking at the event

Others who spoke at the event include Raheela Durrani, Former Senator Rohsan Khursheed Barocha and Behram Baloch. 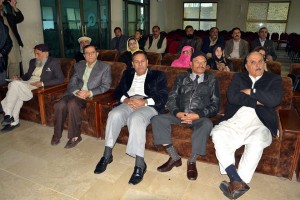 Participants of the Program

Published in The Balochistan Point on March 14, 2015