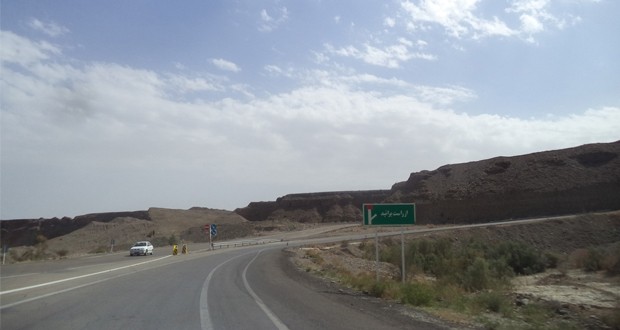 A Memorable Visit Of Iran

On 11th February, I met with my brother Irfan Obaid to bid him farewell before embarking on my journey to Iran. I started my journey towards Iran in a rented car which I shared with another passenger. My fellow passenger was an Iranian citizen who was returning back to his hometown after conducting some official business in Pakistan.

As our journey progressed, we reached near Dagarikan check post. Border guards manning the border asked me to show my Identity card. After proving my Pakistani Identity, I was allowed to pass through the check-post and we moved towards the Iranian Border. The road leading to Iranian border was in terrible condition and it forced our driver to reduce the speed of the car. When we reached the Iranian Border guards check-post, we felt the difference as it was much better than the Pakistani check post, in terms of management and behavior of guards, which we had crossed a little. 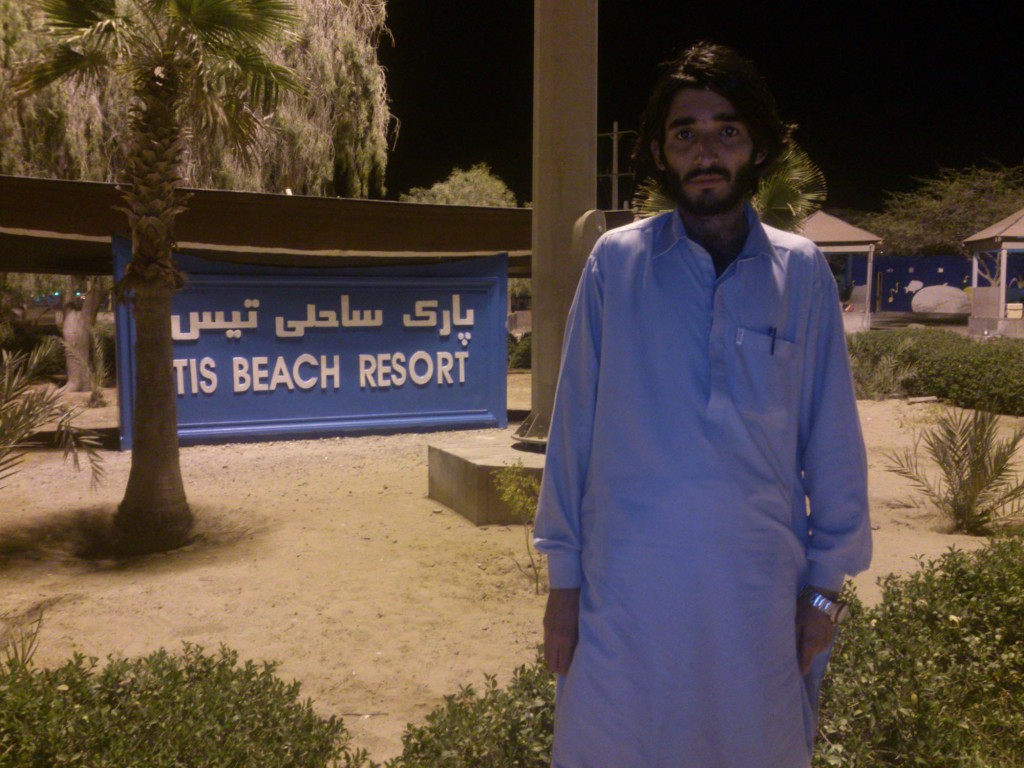 Meanwhile, at the check-post, my guarantor was waiting for me. Iranian officials kept the Identity card of my guarantor as a proof that he is responsible for my conduct in Iran. After that, my luggage was thoroughly checked by the border guards and then I was allowed to cross border into Islamic republic of Iran.

After entering Iran, first thing that I noticed was the excellent condition of the roads. Even in the mountainous regions tarmac roads in perfect condition were built and well maintained by Iranian government. Coming from Pakistan, it was a pleasant surprise for me, I thought that if Iran can have such beautiful and comfortable roads then why can’t we? 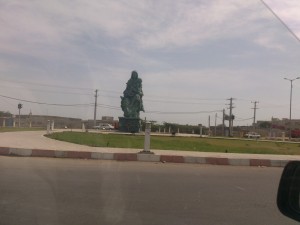 The Statue of Mother in Iran

In Iran my destination was the port city of chabahar. Apart from that I also visited some villages such as Kishareg, Khanan-e-Kash, Garme Beht and Dan-e-Sar. Chabahar is one of the main cities in Sestan-Balochistan province of Iran. It’s a port city that is in direct competition with Gwadar port of Pakistan. I travelled to Chabahar with my friends through road. There were quite a few check-posts on the highway but we were not stopped even once. My friends, who were accompanying me, said that only suspicious vehicles are stopped at highway check-posts. After hearing my friends I imagined the ordeal that travelers face in Pakistan while cross highway check-posts in Pakistan.

Another thing that I came to know is that night travel on the roads of Iran is completely safe and there is no risk of highway robberies. Upon reaching chabahar, I witnessed a neat and clean port city. Markets of the city were beautifully decorated and it was a fresh change for someone coming from Pakistan. When I was checking out the stuff of the shops in the markets, no shopkeeper shouted at me “What do you need,” something that is familiar in Pakistan.

I stayed in Iran for 18 days and enjoyed my time thoroughly. I visited several places and met with people from different walks of life. I came to know a lot of things about Iran which were shocking for me because I had never heard of them.

I interacted with many people and asked them about how they feel about Iranian government. All of them had good words to say about the state apparatus of Iran. They said that they have no problem with Iranian government and state takes a good care of its citizens in Iran. I was told that Iran government sells oil to its people at very cheap prices. Anyone who possesses a car or agriculture machinery is sold a specific quantity of oil at very cheap prices. Fuel prices are not an issue of concern for the people of Iran, unlike Pakistan. 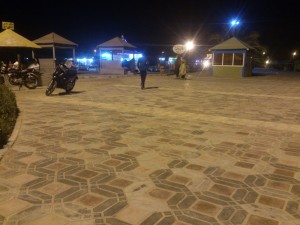 Night View of a place in Iran

I was particularly amazed by the education system of Iran through my interactions with students. In Iran education is completely free and for everyone and there is no discrimination. Students study in their home province till intermediate. After that nationwide aptitude tests are conducting for every academic discipline in the entire country. According to the score of that test students are given admission in different universities of Iran. A person will get admission in a better university if he scores well in the aptitude test. University education is also free and therefore students from every section of society can get quality education in Iran.

Iran enjoys internal political stability because all of its 31 provinces receive equal level of attention of the government. There is no discrimination with any province in terms of development and economic progress. As a result people livings in different provinces of Iran prefer to call themselves Iranians and don’t give much importance to their provincial denomination. Contrary to popular belief, Iranian-Baloch citizens dwelling in Sestan-Balochistan province are also proud of their Iranian identity.

After witnessing the development in Iran, I just imagined how they do it here? How they control corruption and what’s their development mechanism? I got the answers of all my questions during my stay in Iran. I came to know that Iran is divided into many small towns which form the basic development units. For every such town, senior and junior moderators are elected by the people of that town. It’s the duty of these two moderators to initiate and complete development projects in those towns. There is an annual development fund for every town which the central government pays to the towns. Interesting thing to note is that government doesn’t transfer the funds to towns or moderators. Town moderators settle the matter with builders and vendors of cement blocks etc. Government then asks for the invoices and sends a payment directly to vendors or builders. Through this way chances of any corruption are totally eliminated. Once the development projects have been completed, the inspectors of Iran government come and check that funds have been spent for the same purpose for which they were authorized. This transparent process has prevented Iran from Pakistan like corruption.

Moreover, I came to know about the price control mechanisms of Iran. Prices are set by the government in beginning of the year and then there is no change in prices throughout the year. Robust price control mechanism of Iran has made life easy for common citizens. Iran is able to maintain the same prices throughout the year due to its strong oil-backed economy.

In Iran, there is no concept of corruption and border guards don’t receive bribe from the passengers. If the passengers are fined for some reason then they are issued a ticket which is to be submitted in a Bank. This transparent system ensures that border guards don’t exploit the weaknesses of passengers like they do in Pakistan. Apart from that there is corruption in the Deputy Commissioner (DC) Office of districts in Makran. Clerks in these offices demand bribes before issuing Authorization letter to people so that they can get permission to enter Iran. There is again no check and balance on the officials of the DC office and their corruption continues unabated.

My return journey to home in Pakistan commenced on 1st march. When I reached border check-post of Pakistan, I witnessed extreme corruption and mismanagement. Cab drivers who are used by passengers to travel from border check-posts to different cities of Makran are also corrupt to the core. These drivers are in cahoots with the border guards at different check-posts and receive share of the bribe which passengers pay to the border guards. These drivers charge very high fares from the passengers and drop them far away from the place which they agreed with the passenger. There is no check and balance on these cab drivers by the government.

I spent 18 memorable days in Iran. It was a once in a lifetime journey which I enjoyed thoroughly. It was also a great learning experience for me and I learned a great deal during my stay in Iran. By comparing Iran with Pakistan, I concluded that the reason for stability and prosperity of Iran is that state machinery is active and robust and it ensures that laws and regulations are followed by everyone all the time.

Published in The Balochistan Point on March 14, 2015