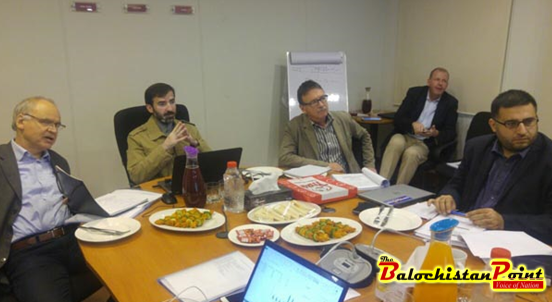 Balochistan is in the right direction to wipe out polio: TAG

Quetta: Technical Advisory Group (TAG) Chairperson Dr. Jean Marc Olive has said that Balochistan is in the right direction to wipe out polio virus from the province.

In a meeting held at Balochistan Polio Emergency Operation Centre Tag Chairperson said that they were close to interrupt the virus transmission in Balochistan.

“The province has shown remarkable progress which is commendable however, there are some gaps which need to be filled to ensure that we reach every child,” He said.

The tag chair visited filed in Pishin and Quetta and appreciated the work of frontline workers in high risk areas. Tag chair also visited in KP and FATA.

He said, “We need to focus on intense monitoring of vaccination campaign at Afghan Refugees camps and vaccination points.

He added that low performing Union Councils s were decreasing which was a positive sign, however, more collective efforts were needed to reach every child.

He prized the recruitment of permanent local community health workers in the high risk areas under community protected vaccination program. Currently there are more than 2500 such permanent teams working in the highest risk areas of Balochistan in CBV program.

EOC Balochistan Coordinator Syed Faisal Ahmed briefed Mr. Oliver on special interventions done by the government and partners to stop the virus from being transmitted in the province.

Published in The Balochistan Point on November 29, 2016

2016-11-29
admin
Previous: Letter: the over population in Pakistan
Next: Alarming number of AIDS patients reveled in Balochistan