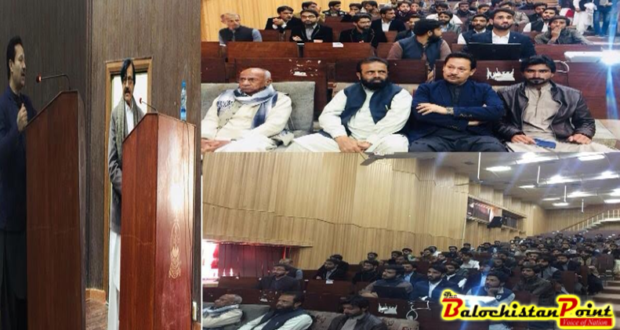 Balochistan is within itself a corridor, says Sana Baloch

QUETTA: Balochistan National Party (BNP) Central Leader and Member Balochistan Assembly, Sanaullah Baloch has has said that Balochistan is within itself a corridor which needs not any interference by other countries. He expressed these views in a seminar on Geographical importance of Balochistan here in Quetta on Thursday .

Students Action Committee organised the event at Bolan Medical College (BMC) Quetta.  Dr Deen Mohammad Buzdar participated as guests. Most of the academic staff members and a large number of students from BNC participated in the event.

Mr. Sana Baloch briefly described the Geography of Balochistan. He said that Baluchistan was homeland of Baloch and Pakhtoon and due to its geographical position it has got great importance.

He advised students to take interest in projects of Balochistan and its effects including CPEC and try to write and read articles regarding these projects.

Sana Baloch appreciated Baloch students action committee for arranging such a program and said to carry their struggle towards main goal that is specific education.

Dr Deen Mohammad discussed the importance of sea and its location. While addressing seminar he said that after gulf countries the south Asian oil exports definitely would occur through the Balochistan Sea due its important location.

Published in The Balochistan Point on December 14, 2018