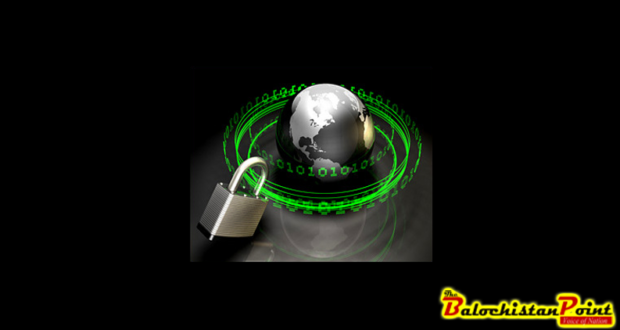 Perils of the Cyber World

With rapid advancement of science and technology, a new world has emerged. This new world is popularly called the cyber world which has by shortening the longer distances morphed the world into a global village. The world is now just a click away from the fingertips of a netizen. It is an undeniable fact that this interconnected world has offered myriad advantages and has facilitated our lives to a great extent but at the same it has put our life, property, health, and honor, at a high risk. People with criminal propensity have penetrated deep into the cyber world and have thereby devised new techniques to multiply their affluence with miniscule effort and short span of time. This tendency has resulted in an unprecedented surge of cybercrimes.

Cyber-crime, to put it simply, is a crime that is commissioned through computer; digital devices and the networks used in cyber realm and is facilitated through medium of internet. The types of cyber offences are many but the most prominent and pervasive are hacking,  theft of FTP password, Denial of service Attacks, phishing, website defacement , identity theft,  spamming, spoofing, cyber bullying, cyber stalking, computer viruses and worms, malicious software, Money laundering, digital piracy, web jacking , cyber warfare and cyber terrorism.

Similarly, the reasons for orchestrating such crimes are also multiple such as:

Financial incentives: In this type of crime, the criminals target rich people or organizations like banks, casinos and financial firms where huge amount of money flows daily and hack sensitive information.

Hacktivism: it comprises of denial of service attacks which is meant to punish a financial institution.

Harassment: This includes disclosure of embarrassing personal information about someone and use such information to blackmail him/her.

Geopolitics: In this type of cyber offence, a virus is developed to monitor or sabotage an adversarial nation’s system.

Corporate espionage: it is conducted to learn the competitors ‘moves and to obtain its proprietary data in order to formulate the counter strategy accordingly.

Finally, Mischief:  it is committed by the hackers merely to show off their computer wizardry.

The world has witnessed many big forms of cybercrimes so far. In 2001, a 15 year old guy, Micheal Calce caused a mischief in cyberspace. He was a high school student in Canada when he carried out a cyber-attack on number of high profile commercial websites including CNN, Amazon, eBay and Yahoo that resulted in $1.2 billion damage.

Apart, the case of Aaron Schwartz is also worth mentioning here; the brilliant and young American internet hacktivist who was arrested in 2011 for unlawfully downloading and publishing academic journals at MIT. He was widely overcharged by the federal prosecutors and 35 years of imprisonment resulting in his suicide in 2013.

Another most widespread cyber-attack ever hit the NHS computer systems in mid-2017. The hackers managed to gain access to the UK’s medical system. The virus named “WannaCry” was spread through email in the form of attachments as once a user clicked on it, all files would be locked spreading virus through computers and demanding money in order to gain access again. Around 300,000 computers were infected by “WannaCry” and NHS remained down for number of days.

Moreover, in 2015, for a period of two years around 650 million Euros were stolen from banks around the world when Russian based hackers used malware to infiltrate bank’s computer systems and gathered personal data. They successfully impersonated online bank staff to authorize fraudulent transfers, and also dispensed cash from ATM machines without a bank card.

In January 2017, a number of UK high street banks, including Lloyds Bank faced a denial of service attack by the hackers. During the attack, more than 20 million UK accounts were blocked and as a result, customers were unable to send payments or check their balance online.

I n addition, French President Emmanuel Macron’s emails were also hacked in 2017. His emails were posted online just days before he was due to go ahead against his opponent. 9GB worth of data was posted to paste bin.

Additionally, CISCO investigated 130 organizations in its CISCO 2017 annual Cyber security report. It found that 75% of companies were affected by adware. Adware in itself a nuisance, but it can also facilitate further malware attacks. Adware presents itself in the form of advertisements. Whether you re’ using your device on or off the internet, adverts can be displayed.

Furthermore, According to the cyber security breaches survey 2018, 43% of businesses were a victim of Cyber security breach in the last 12 months. In the U.S the state of California lost more than $214 million through cyber crime alone.

According to another report by trend Micro, the U.S U.K and China are more vulnerable to smart home attacks. The report says that the U.S accounted for 28% of smart home device incidents. The U.K and the China have followed with 7% each.  The majority of smart home devices are connected through an external network. If the router you’re using doesn’t have decent security protection, you could be opening up your home to cyber attack.

Another terrifying figure is mentioned by the varonis’s 2018 Global Data Risk report. It says that nearly 6.2 billion files were analyzed. These file contained credit card information, heath records, etc. 21% of these files were open to for global access. Moreover, 41% of companies have more than 1000 sensitive files open to everyone.

According to one report, more than 60% of fraud originates from mobile devices; of that figure 80% comes from mobile apps. Once a cyber criminal has access to one’s phone, it can access his mobile banking app and initiate multiple levels of cyber crimes.

Besides, research suggests that most businesses take up to 197 days to notice the breach of their data. It is undoubtedly an alarming finding. ZDNet reports finance firms can take an average of 98 days to learn that something went wrong with their data. Due to the amount of time it takes for companies to realize a data breach, attackers are able to obtain even more information. Think about it;imagine what a cyber criminal can obtain over a period of six months…

Our country Pakistan is also not immune from these burgeoning perils of cyber world.   Cybercrimes in Pakistan has hit a record high during last three years. The figures released by the federal investigation agency pertaining to cyber offences were quite startling. The agency said that its cybercrime circle has so far conducted 2,295 inquiries, registered 225 cases and made 209 arrests in 2018—all highest since the prevention of Electronic Crimes Act(Peca), 2016 was enforced. The corresponding figures for 2017 were 12, 90 inquiries, 207 cases registered and 160 arrests made, whereas figures for 2016 stood at 514, 47 and 49. These shocking statistics give a vivid picture of the state of cybercrimes in Pakistan that has indubitably touched an unprecedented height within very short span of time.

Here, the question arises that how we could protect ourselves from being prey to the cyber victimization. This scribe in this respect has the following suggestions that might help us remain as much safe as possible from being victim of cyber offences.

To conclude, cybercrimes are growing at an exponential rate in the world. Our country also seems to be victim of this mushrooming menace. The government as well the authorities concerned should therefore take drastic measures to halt the growth of such offences. A country-wide awareness campaign to educate the masses about the gravity of this alarming issue should as soon as possible be resumed. People should also be sensitized about the legal remedies available to them against such crimes.

Legal practitioner-cum-columnist based in Quetta Balochistan.

Published in The Balochistan Point on December 15, 2018