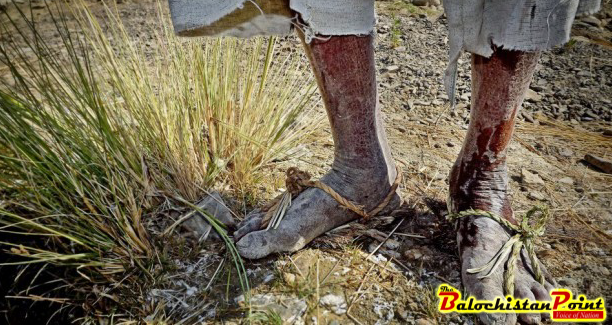 Balochistan, the resource-rich province of Pakistan, remains deprived, as per the country’s first ever official report on multi-dimensional poverty.

The report tabled last month by the Ministry of Planning, Development and Reform is compiled with technical support from the United Nations Development Programme (UNDP) Pakistan and the Oxford Poverty and Human Development Initiative (OPHI), University of Oxford.
As per the report, over two-third of the people in Balochistan, i.e., 71 percent of the population lives in multi-dimensional poverty.

Out of 32 districts in Balochistan, only Quetta has Incidence of Poverty (IOP) of around 50 percent, while the remaining districts have IOP over 70 percent.

The people in Balochistan, which has natural gas fields, coal and other minerals, have been facing the worst crisis.

“There are a lot of problems. No electricity, no gas. We have to use firewood. We are also not treated well,” said one of the residents.

“There is no electricity, no gas, no schools and no hospitals here. What crime have we done? There is no ground for sports. There is proper gas availability and electricity only beyond four kilometers. We don’t have any facility, why are we lacking in facilities,” added another resident in Balochistan.
The report points out differences between several districts in Pakistan. Islamabad, Lahore and Karachi have less than 10 percent multi-dimensional poverty, while Qila Abdullah, Harnai and Barkhan (all in Balochistan) have more than 90 percent poverty.

These findings confirm that social indicators are very weak in Pakistan, even where economic indicators appear to be healthy.

The report also found that decrease in multi-dimensional poverty was slowest in Balochistan, while the poverty-level had actually increased in several districts in Balochistan and Sindh during the past decade.

The MPI uses a broader concept of poverty than income and wealth alone. It reflects the deprivations the people experience with respect to health, education and standard of living, and is thus a more detailed way of understanding and alleviating poverty.

The level and composition of multi-dimensional poverty for each of Pakistan’s 114 districts are also covered in this report. (Courtesy: Business Standard)

Published in The Balochistan Point on August 24, 2016

2016-08-24
admin
Previous: Letter: Killing of lawyers
Next: The poor educational system in Balochistan