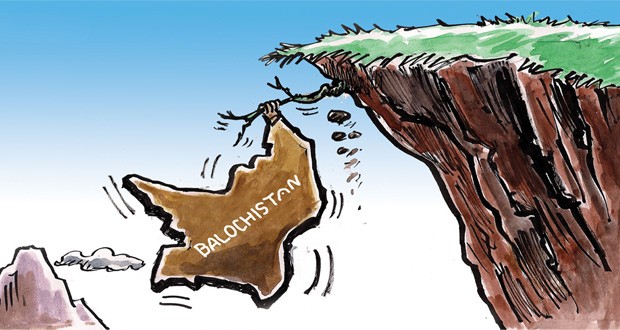 Balochistan: Rich In Natural Resources And Poor In Living Conditions

Balochistan is one of the richest resource states in the South Asia but its inhabitants live in abject poverty. Balochistan has the lowest literacy rate and highest infant mortality rate in all over Pakistan. Despite being a naturally rich province, people of Balochistan suffer due to apathy of Provincial and Federal government.

Over US$1 trillion worth of natural resources have been discovered in Balochistan including, Gold, Copper, Black pearl, Oil, Valuable Stones, Coal, Chromite and Natural Gas.  Additionally Balochistan has an Oceanic coastline that stretches along with one of the world’s most important shipping routes i.e. the Straits of Hormuz. Balochistan’s resources could potentially support the population of Balochistan and bring prosperity to the region.  Balochistan does not need any foreign aid for its development.

The province of Balochistan has trillions worth of Gold and Natural Gas but its people are deprived of employment, quality education and clean drinking water.  Humans and Animals use the same water and there are no proper Healthcare facilities.

While the Sui area of Dera Bugti remains plentiful in Natural Gas, it’s shocking to see that none of it benefits the residents of the district.  Instead the Gas is exported to other provinces like Punjab, Khyber Pakhtunkhwa (KP) and Sindh.  But people of Dera Bugti are still cooking their food on open fire and sticks.  For 67 years, Pakistan has been benefitting from Balochistan’s natural resources, while people of Balochistan suffer due to indifference of federal government.

Federal government and provincial government should realize their responsibilities and use the natural resources of Balochistan for the social well being of the Baloch people. This is the only way to improve the quality of living of all those who live in Balochistan.

Development 2015-02-23
Editor
Previous: Balochistan: No Woman No Politics
Next: BNP Demands Its Debt From National Party In Senate Elections