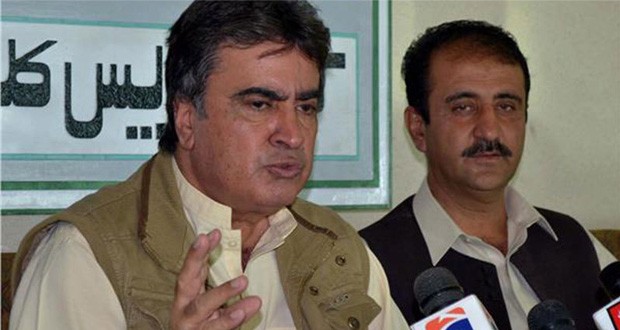 BNP Demands Its Debt From National Party In Senate Elections

According to BNP, in senate elections of 2006 a four party alliance was formed comprising of BNP, NP, Pakistan People’s Party (PPP) and Jamhoori Watan Party (JWP). BNP voted for the candidates of the alliance with the guarantee that in future these parties vote for BNP in senate elections.

Presently, PPP and JWP have no member in Balochistan assembly, therefore only NP is left to repay the debt of BNP in the form of voting for BNP candidate in senate elections taking place on 5th March.

Dr. Jehanzeb Jamaldini who is the candidate of BNP for general seats of senate from Balochistan is optimistic about his victory.

“National Party claims to be a democratic party and I hope that it will make good its promise and vote for me,” Dr. Jehanzeb Jamaldini told The Balochistan Point. “I am the joint candidate of BNP, BNP-Awami and ANP, some independent members of assembly are also supporting me,” added Dr. Jamaldini.

When asked by The Balochistan Point that Does He have support of other parties such as JUI-F in case NP backtracks from its promise, Dr. Jamaldini replied “We will not reveal our cards before right time.”

Political temperature in Quetta has skyrocketed as the senate elections are approaching. All parties are busy in forging alliances to secure victory of their candidates

Unconfirmed reports of Horse trading in Balochistan have also surfaced with allegations that members of Balochistan assembly can get Rs. 50 million each as bribe if they are willing to sell their vote.