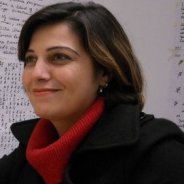 In a federal system of government there is an intricate balance between a wish for national unity by the center and aspirations for autonomy by its federating units. In case of Pakistan, there has been a traditional proclivity for a stronger federal structure at the cost of provincial autonomy. Amongst its federating units, the province of Baluchistan has long been demanding more autonomy and share of its resources. Consistent feelings of deprivation amongst Baluch nationals so generated have transformed now into a struggle from essentially a political one to an armed one. Notwithstanding the long tradition of such armed struggles by Baluch tribes, frequent occurrences of violence in the province seriously threaten the federation of Pakistan. Today, the situation in Baluchistan is neither burlesque nor over hyped, rather it poses serious challenges to the state of Pakistan.

What has brought the situation in Baluchistan to the present low wherein individuals or institutions avoid posting or deployment therein? Needs to be analyzed.  Causes are many: 1)Consistent failures of successive governments’ to allay the sense of deprivations 2) Non implementation of much often publicized development packages, 3) An over hyped judicial activism pointing at alleged misdemeanors of uniformed officials in Baluchistan’s mayhem. 4) Effects of Iran’s revolution, 5) Mushrooming of religious schools and their exploitation for spreading sectarianism. 6) Vested interests of Baluch sardars and killing of Nawab Akbar Bugti are a few in an endless list of causes that ail Baluchistan.

The law and order situation in Baluchistan has been a consistent threat and not over hyped as being suggested by some quarters. Multiple analysis by various think tanks link failures of the respective governments to their inaptitude in taking decisive actions to allay prolonged feelings of misgivings and deprivations in Baluchistan. These governments refrained from taking such decisions to avoid risking their prolongation in power. Resultantly, consistent sheepish attitudes overtime have now allowed dissident elements in Baluchistan to grow and build on their political influence and clout to proffer nationalist and separatist trends. Although in minority, these separatists have managed to hold Baluchistan as hostage to feign terrorism and instability in the province. As if it was not enough, an overactive judiciary wittingly or unwittingly is ending up favoring dissidents’ schemes of things. The judiciary held no bars in directly blaming FC and LEAs in the current mayhem in Baluchistan. The dissidents have found reprieve in court’s assertions providing them an alibi to continue with whatever separatist activities they are carrying out at national and international level. Taking a lead from judiciary’s assertions, UN Commission on Enforced Disappearances has also accused security agencies for the current situation in Baluchistan. These institutions while reaching their conclusions have however failed to delve on other possible causes that contribute to Baluch instability like clinging to Sardari nizam wherein sardars and tribals just won’t let go their powers.

The repeated allegations leveled against LEAs and security agencies deployed in Baluchistan reflect a peculiar mindset that is adamant to berate LEAs and other security agencies to the point from where it cannot resurrect its image at national or international level. Armed forces personnel have laid their lives in service to this nation. They continue to do so in Baluchistan and FATA. Instead of acknowledging their sacrifices, some of our officialdom mulls on how to further degrade the institutions these uniformed men represented.

Recently, Sardar Akhter Mengal, the former Chief Minister and head of Baluchistan National Party (Mengal) visited Pakistan and appeared before the over zealous judiciary to assist it in resolving the issue of missing persons and target killings in Baluchistan. Some of us who thought his arrival in Pakistan would be a good omen for bringing back Baluchistan in the national mainstream, were left heart broken when his premeditated overtures added to the prevalent confusion, insecurity, sense of dejection and deprivation in the Baluch masses. Being a former Chief Minister of the province, Sardar Mengal ought to have been aware of the politico-security dynamics of the province, but his overtures in the court indicated otherwise as he completely failed to comprehend the real issues that keeps the province in perpetual turmoil. He distorted the facts and raised false allegations against the LEAs and the army to mislead the court and the people of Baluchistan. Sardar Mengal during his brief appearance in the court and elsewhere at no point condemned the separatist activities being carried out by Baluch dissidents.

As per the government’s and army headquarters proclamations there is no military operation being carried out in Baluchistan. Pakistan Army has not waged war against its own people as is being propagated by some agencies for their vested interests. Sardar Mengal asserted in the court that army wages war in Baluchistan and conducts human rights violations making sure that there are no witnesses to that. This is naïve and an absolute absurd assertion. The fact is that the purported human rights violations are not being carried out by the FC and army. It is the various segments within the Baluch society that are targeted by non-state actors including nationalists and those operating out of ferrari camps run by sardars to create instability and thwart development work.

LEAs deployed in Baluchistan are duty bound to counter activities that bring harm to society and threaten state security and infrastructure. It is in this context that LEAs and armed forces officials have regularly appeared before the court in their sincere quest to help purge the Baluch society from terrorists, extremists and dissidents that continue to plague the peace and sanctity of the province. LEAs and other security agencies cannot act as sitting ducks while the arsonists, terrorists and extremists go on rampage at their will. They have been deployed by the government in the province and they have a duty to perform.

Around 200 of Frontier Constabulary men have already sacrificed their lives fighting the terrorists and separatists in Baluchistan in pursuit of a lasting peace and security in the province. They need support for their good work and we must support them. Whereas the security forces continue to confront the separatists and terrorists in Baluchistan, the political government in the center must ensure implementation of its development plans in Baluchistan and use media in appraising the masses of Baluchistan of the progress made therein on regular basis.

Published in The Balochistan Point September 27, 2013