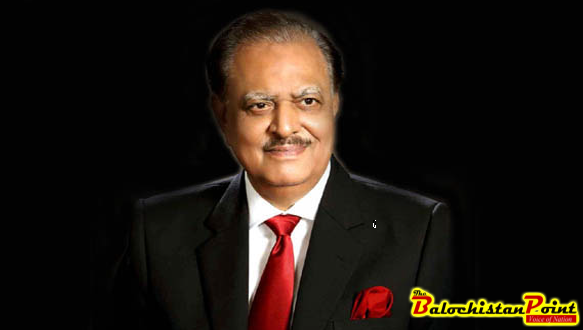 Every year, scholarships would be given to 20 students from the province under the auspices of Higher Education Commission (HEC), he said while talking to a delegation of Young Lawyers from Balochistan, who called on him here at the Aiwan-e-Sadr, according to a press release.

He said the foreign scholarships would also be awarded to Balochi students, who demonstrated excellent academic performance.

President Mamnoon Hussain said the National University of Modern Languages (NUML) would soon establish a campus in Gwadar to teach Chinese language to the youth of Balochistan, noting that Aiwan-e-Sadr had also donated a significant amount in that regard.

The President said the government was committed to bring Balochistan at par with other provinces of the country.

their role in the development of the province.

The President said the lawyers’ community was integral part of the judicial system and in that respect, they had an important responsibility to provide legal services to the common people in attainment of justice.

Recalling the tragic terrorist attack in Quetta last year in which several senior lawyers and bright legal minds embraced martyrdom, the President urged the young lawyers to work hard as they have an enormous gap to fill in.

The President appreciated the role of lawyers and legal community in establishing law and order in Balochistan.

President Mamnoon Hussain appreciated Ahmer Bilal Soofi & Co and RSIL on conducting fellowship programmes for young legal professionals from Balochistan to mentor them in a more dynamic environment to develop their legal skills.

He urged the young legal minds to fully benefit from these programmes to further hone their abilities.

Thirty young lawyers, including 10 females, from all over Balochistan are attending the Second Fellowship Programme.

During this 10-day long fellowship, the attendees would have a comprehensive training on a range of legal issues and visit core government organizations and institutions.

Published in The Balochistan Point on April 12, 2017

2017-04-13
admin
Previous: Lok Virsa pays tribute to the legendary folk singers of the country
Next: University student murdered on accusation of blasphemy