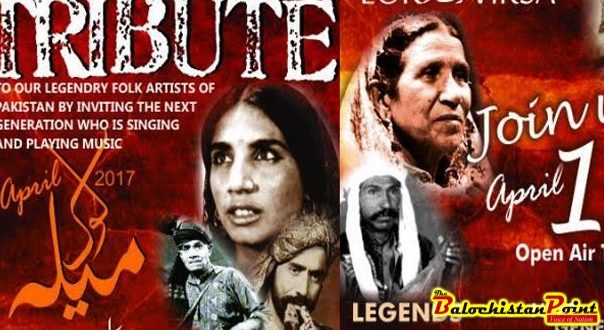 ISLAMABAD: National Institute of Folk and Traditional Heritage (Lok Virsa) on Tuesday arranged special event to pay tribute to the legendary folk singers of the country by inviting the next generations of them.

She said that Lok Virsa specially invited the next generation of our legends who are singing to perform and entertain the participants of the ten-day Lok Mela. She is said that Lok Virsa is making efforts to preserve and protect its cultural heritage in the country.

The artists thanked Lok Virsa for arranging a special event to pay tribute to the legends singers.

Published in The Balochistan Point on April 11, 2017