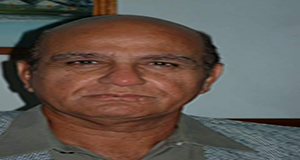 The  headline, “Election security: Balochistan braces for surgical operation” in a national daily left me amazed at the deviousness media uses in its reporting of distressing events and issues to make them look completely innocuous, or even praiseworthy. The crafty employment of words and phrases is truly beguiling and lethally effective in constructing or deconstructing opinions and views about issues. These clichés deceive people into believing that the ‘establishment’ or institutions’ favoured narrative is the absolute truth.

This deception is done with such dexterity and panache that readers have no idea that they have been duped and deprived of the truth; moreover, they find themselves applauding and cheering something that is patently obnoxious, brutal and destructive. The ease and frequency with which this trickery succeeds demands that people be informed and educated about this farce, otherwise, we will find people following these sophisticated pied pipers without ever understanding the fatal consequences that follow from blindly believing spurious and misleading ideas, policies and actions to be the truth.

The usage of the words ‘surgical operation’ would make people believe that this destructive and devastating operation of repressing people militarily is more akin to the activities in operation theatres. It conjures images of anesthetists ensuring painless cuts with sutures, bandages and compulsory post-operative care. It presents something as brutal and horrifying as a military operation in a sanitised manner, thus neutralising the abhorrence that something so horrible would otherwise evoke. Needless to say, military operations are systematic, premeditated brutal actions aimed at guaranteeing elimination of those perceived as a danger to the establishment’s philosophy.

Those affected by this surgical operation do not view it as benign and compassionate as the media and institutions would like to project and peddle it. Military operations epitomise terror for people who have seen the ravages and depredations of operations and incursions by the military and paramilitary during 64 years. The government admits that 18,000 persons were displaced from Dera Bugti. Such a large exodus results from the terror that military operations and presence create. Fear forces people to flee the dangers they face from those who view them as the enemy.

The surgical operation report had stated that Home Secretary Akbar Hussain Durrani, while briefing a select-group of journalists said, “As many as 6,500 army soldiers, 17,000 FC men, 28,000 police and 15,000 Levies (tribal police) will be deployed in all 30 districts and 92 tehsils of Balochistan.” However, he did not mention how many local Tontons Macoutes that have terrorised the Baloch people for a decade now will be assisting the regular troops. He said that the ‘targeted operation’ was prompted by frequent complaints by the Balochistan National Party-Mengal, National Party, Pakistan Muslim League-Nawaz, Pakistan People’s Party and Jamiat Ulema-e-Islam. Untarnished loyalty this.

While claiming that district administrations had already identified the militants and their hideouts, Durrani made no bones about the intent behind the deployment, and with smug arrogance threatened: “Not a single militant will be spared by May 11.” He said arrests would be made and bullets would also be fired during the targeted action. This operation’s declared aim is to search for and kill all those fighting for their rights and resources and to suppress their supporters. Apparently, the establishment’s real aim is to kill as many Baloch as possible during this operation. A slow-motion genocide has for long been practised in Balochistan; I wonder how many of the Professor Gregory Stanton’s described eight stages — classification, symbolisation, dehumanisation, organisation, polarisation, preparation, extermination and, eventually, denial of genocide — have seen implementation.

The Sarmachars in 11 districts will be targeted initially. Towns will be under curfew to deny them urban sanctuary; a news blackout is inevitable but news will filter out through the social media. Military patrols in perceived enemy territory are necessarily and naturally edgy. They see enemies everywhere and are trigger-happy. The wary and endangered people usually try to flee and this makes them even more suspect. A huge cultural and communication gap exist. Moreover, gun-wielding soldiers get offended at the slightest show of resentment. The disrespect for women and sanctity of homes during search operations occurs regularly. Even Jamiat-e-Ulema-i-Islam-Fazl’s Maulana Ghafoor Haideri said Frontier Corps personnel disgraced his family members, including women and children, during a raid on his house, prompt defiance and resistance leading to clashes. Palpable tension is pervasive even without overt resistance but if a patrol is attacked, as many will be, then the entire population in the vicinity is targeted as the enemy. The principle of collective retribution is a common response of armies whenever soldiers get killed. The My Lai, Haditha, Toota massacres were all outcomes of such confrontations.

The establishment having failed to break the determination of the Baloch people with its continuing ‘dirty war’, Naseebullah Baloch’s body found in Surjani Town was of the 13th Baloch activist dumped in Karachi in two months. The new tactics now include a resort to overt military operation against the Baloch masses. Brute force is the establishment’s preferred option and it refuses to learn. Having failed in Balochistan and Khyber Pakhtunkhwa, it is now conducting a dirty war in Sindh. The bodies of Amir Khuhawar and Sajjad Markhand of Jeay Sindh Muttahida Mahaz abducted on April 24 from Larkana were found a few days later.

From May 1 to May 15 Balochistan will officially be under siege to ensure that the new old players favouring the ‘establishment’ get a chance to share the pie, which till now was the sole preserve of the Raisani-led PPP coalition. These 15 days like the 72 hours of Tikka Khan during the 1973 operation will extend interminably. This operation will inescapably fail as have all preceding it because the sea (masses) in which the fish (Sarmachars) survive remains as committed as ever to fight against the injustices. This ‘destined to fail operation’ will only help sow more anger and resentment in the hearts of the Baloch already fed up of being dictated to and devastated by military operations for the last 64 years. (Courtesy: Daily Times)