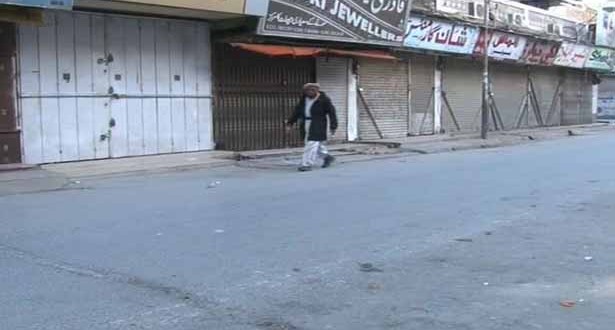 Quetta: A Balochistan-wide shutter down strike is being observed on the 8th death anniversary of Nawab Akbar Bugti, today. Nawab Akbar Bugti was assassinated on 26th August 2006 on orders of former dictator, General Pervez Musharraf.

According to reports, a complete shutter down strike is being observed in entire Baloch belt and Baloch areas of Quetta. The call for the strike was given by Jameel Akbar Bugti, son of Nawab Akbar Bugti, Jamhoori Watan Party, Baloch Republican party and Baloch republican students organization. National party and PML-N also announced to support the call for shutter down strike.

Nawab Akbar Bugti had served as State minister for Defense of Pakistan, Governor and Chief Minister of Balochistan during his illustrious political career which spanned over 5 decades.

Pervez Musharraf has never appeared before the anti terrorism court Quetta by making one excuse after another. He has again been ordered to appear before court in first week of September.

Published in The Balochistan Point on August 26, 2014.