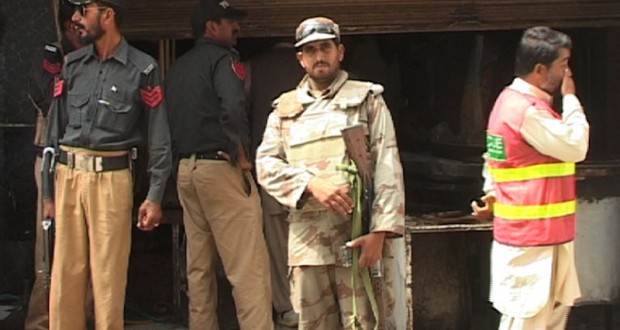 Quetta: A hand grenade hurled outside a hotel on Prince Road Quetta resulted in killing one person and injuring 15 people, on Monday.

Hand grenade exploded inside the famous hotel, Naimat Kada, and it smashed the glasses of nearby shops as well.

Security forces cordoned off the area immediately after the bomb blast. The injured persons were taken to Civil Hospital Quetta. According to hospital sources, three victims of the blast are in critical condition.

There was no claim of responsibility for the hand grenade attack by any militant organization.

Published in The Balochistan Point on August 25, 2014.