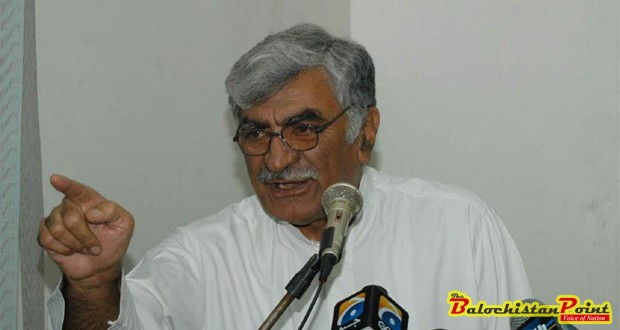 Balochistan Will Be Affected If Pakistan Interfered In Yemen: Asfandyar Wali

Quetta – President of Awami National Party (ANP), Asfandyar Wali Khan has stated that people of Balochistan will be the biggest victim if Pakistan army is sent to take part in Yemen war.

He added that ANP strongly opposes the entry of Pakistan in Afghan war in any way. “Rulers of Pakistan should learn from history and should not commit the blunder of participating in Yemen war,” demanded Mr. Wali

“If Pakistan became a party in Saudi-Iranian conflict in Middle East then people of Balochistan would be the main victims of the fall out of this decision,” elaborated Mr. Wali.

ANP President demanded that Federal government should call an All Parties Conference (APC) before making any decision about joining Yemen war.

Published in The Balochistan Point on April 1, 2015