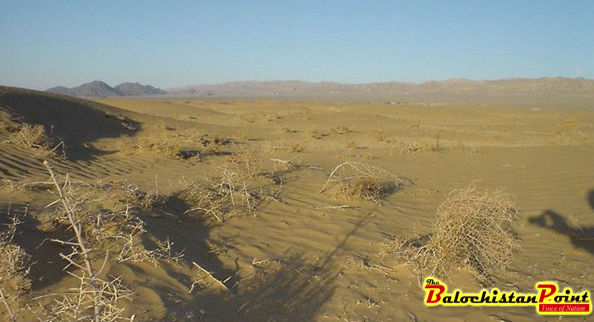 PAKISTAN is facing water shortage in all the provinces because during the last thirty years no new large water reservoir has been built. However Balochistan is the worst drought-hit province, as water sources in Balochistan have been contaminated due to low rainfalls in Balochistan particularly in Awaran district, resulting in water borne diseases and deaths. This natural calamity is being propagated by Baloch Sub Nationalists (BSNs) as a deliberate attempt on the part of Armed Forces to eject locals from villages in order to weaken the support to BSNs in their strongholds. Frontier Constabulary has taken timely measures by establishing medical camps in the affected areas to give relief to the people; however newly commissioned officers of Pak Army may be temporarily attached with these camps. The other day, FC Balochistan organized a day long free medical camp, and over 500 patients, suffering from various deceases in Kuchlak, were treated.

Recently, a study was conducted by Balochistan University of Information Technology, Engineering & Management Sciences (BUITEMS) and United Nations Development Programme (UNDP) with regard to ‘Drought Risk Assessment in the Province of Balochistan, Pakistan’. It noted: “Recurring drought is one of the major challenges faced by Balochistan province of Pakistan. Assessment of this natural calamity is crucial so that necessary precautionary measures may be taken to avoid colossal losses. This study aims to understand the current drought phenomenon in Balochistan and its impacts on agriculture, livelihood and water resources and to identify existing coping mechanisms adopted by rural households in the drought-affected areas. Many areas of the province are experiencing drought because since 2013 the rainfall has been hardly one fourth of the usual rainfall. The areas identified are: Dera Bugti, Kohlu, Loralai, Zhob, Qilla Saifullah, Pishin, Qilla Abdullah, Noshki, Kharan, Awaran, Mastung, Kalat, Khuzdar and Lasbela.

Drought and a sharp drop in sea level are posing a serious threat in Balochistan. Experts have warned that if dams are not built and ground water recharged, the province will turn into a desert. A half century ago, water could be seen flowing in the streams and coasts of the province; and water could be found upon digging merely 20 feet to 25 feet into the ground. However, the situation is very different now. The government installed a large number of tube wells, but did not build dams or took action against illegal drilling. Currently, over 6,000 tube wells are lifting water from districts across the province. In addition to drought an increase in population has exacerbated the problem of water scarcity. Drought coupled with a drop in sea level has destroyed agricultural lands across the province, resulting in food scarcity and denying the local population opportunities of gainful employment.

It is universally acknowledged that water is life because it is essential to human health, as the human body can last weeks without food, but only days without water. Indeed, water is food also, as it is indispensable to agriculture and is critical input into a country’s agriculture, especially when it is situated in an arid or semi-arid zone. According to experts, agriculture will need to produce 60% more food globally, and 100% more in developing countries by 2050. Last but not the least; water is energy as well, as worldwide hydropower accounts for 16% of global electricity production. Loss of storage capacity due to sedimentation in Tarbela and Mangla Dams is causing serious drop in existing agricultural production in Pakistan. Food shortages and energy shortfall has already blighted Pakistan with the result that industry in all the provinces has been adversely impacted.

Anyhow, the construction of Bhasha Dam along with other dams is vital not only for our survival but also for enhancing the agricultural output and for increasing overall industrial productivity. In 2006, at the time of ground-breaking ceremony of Diamer-Bhasha dam, the cost was estimated at $6.5 billion; in 2013 it was around $15 billion, and now it is anybody’s guess. Successful completion of the Diamer-Bhasha dam would help develop agriculture and also generate cheap energy for industrial development. Bhasha Dam will eliminate flood hazards to a great extent and will reduce sedimentation in Tarbela reservoir, thereby improving the storage capacity and power output at Tarbela. It is unfortunate that consensus could not be reached on construction of Kalabagh dam, as KP and Sindh oppose it. Our politicians are of the view that Kalabagh dam is detrimental to the federation.

But how could we ignore the reality that our four provinces are desperately calling for sufficient water to cultivate their lands and are suspicious of each other on the distribution of water. Isn’t it causing harm to intra-provincial harmony? It’s true that Kalabagh Dam does not exist even in papers now, but it is also a bitter reality that after finding a suitable substitute in the shape of Diamer-Bhasha hardly any progress has been made during the last 12 years. In the past, there have been wars between the countries over religions, usurpation of territories and control of resources. However, in view of acute shortages of water in Africa, Middle East, Asia and elsewhere, the future wars could be fought over water. The government must give top priority to construction of dams and start construction of Bhasha Dam on a war footing to address problems of water and energy shortages. (Courtesy:  Pak Observer)
—The writer is a senior journalist based in Lahore.

Published in The Balochistan Point on June 10, 2018