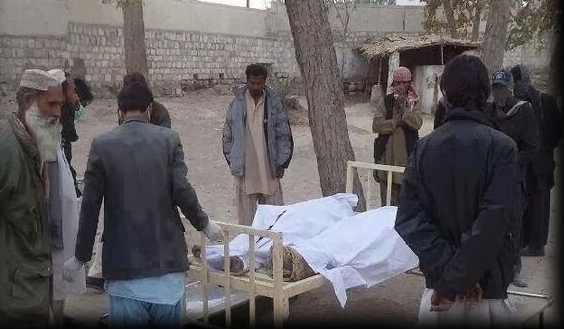 THE discovery of mass graves in the restive Khuzdar district of

Balochistan late last month opened an ugly new chapter in a long-running and sordid tale. With a Supreme Court-mandated inquiry committee to present its findings at the next hearing in Islamabad on March 7, the details are still quite scarce. Whose bodies were found and how they were killed and by whom is yet to be officially determined. But the mere existence of mass graves suggests that the long alleged policy of kill-and-dump by the security agencies of Baloch nationalists is far bigger and more pernicious than perhaps previously understood in many quarters. And therein lies the ongoing tragedy and seemingly impossible conundrum of Balochistan: how to wrest security policy in the province from the army-led security establishment?

Unhappily, the early promise — or maybe it was just hope — shown by the National Party-led coalition government in Balochistan is dissipating. As ever, the language used by the provincial and federal governments is unimpeachable and hewn to common sense and the genuine national interest. But words have rarely, if at all, been backed by action. Chief Minister Abdul Malik Baloch may want to reach out to Baloch separatists and in that he may have the support of Prime Minister Nawaz Sharif, but no provincial government can get anything done — let alone something so fundamental and seminal as a peace process — if it is at war with itself. And, despite the acute tensions being papered over repeatedly, there is no doubt that Sanaullah Zehri, the PML-N provincial chief who was asked to sacrifice his ambition to become chief minister for the greater good as Mr Sharif saw it, and the supporters of Mr Zehri, are simply unwilling to let the Balochistan government function at all. Having said that, however, neither has Mr Malik shown the kind of leadership that the National Party long pledged it would bring to government.

Meanwhile, while the Supreme Court has doggedly pursued the case of the missing persons and put pressure on the security establishment to end human rights abuses and gross violations of the law, the courts are really not the vehicle that can achieve a state policy turnaround on their own. The only viable road to peace is known to one and all and, with the obsessive pursuit of dialogue with the TTP, should hardly be controversial: the separatists have to be brought back into the mainstream through dialogue and negotiations. But for that to happen, there has to be serious political will demonstrated by the provincial and federal governments. That will simply is not apparent at the moment. The problem is, let a problem fester for too long and a conflagration becomes more likely.

2014-02-09
admin
Previous: The Return of Journalist Killers in Balochistan
Next: Jaffarabad: 13 people including six alleged militants killed in an exchange of firing.