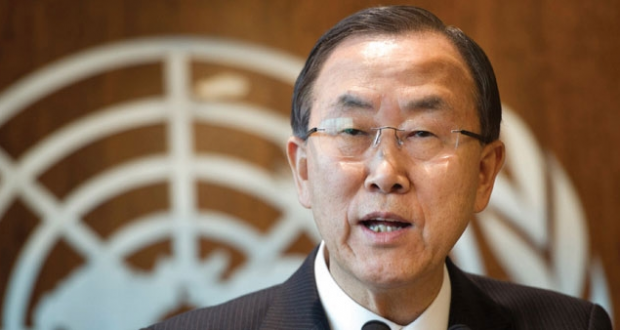 “The Secretary-General is deeply concerned by this upsurge of violence across Pakistan,” a statement issued by Ban’s spokesperson said here.

Ban deplored the terrorist attacks, including the assault on Jinnah International Airport in Karachi in which at least 29 people died, and the attacks targeting Shia pilgrims in Balochistan that left 25 people dead and many others injured.

He urged the Pakistani government to step up its efforts to tackle terrorism and religious extremism.

“While acknowledging the measures already taken to maintain security, he urges the Government of Pakistan to further increase its efforts to address terrorism and religious extremism, including with a view to protecting the rights of all people to safely practice their religion, and to bring the perpetrators of such attacks to justice,” the statement added.(Courtesy : http://www.abna.ir/ )

Republished in The Balochistan Point on June 10, 2014

2014-06-10
admin
Previous: The genocide continues
Next: Nine people abducted by armed forces during a search operation in Sui, and Dera Bugti : BRP