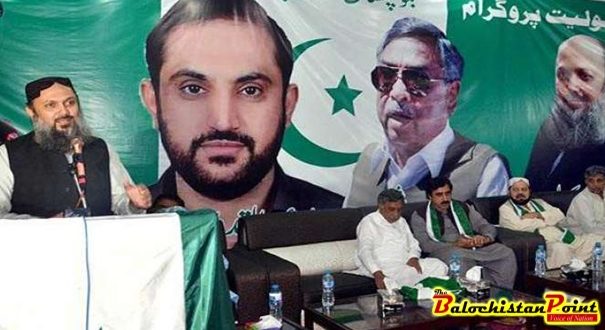 BAP: Another chapter of politics in Balochistan

The newly established Balochistan Awami Party has secured so much popularity not only in Balochistan but also in entire Pakistan. This constitutional political party was established by dissidents of PML (N) and PML (Q) leaders. These old icons have not made any remarkable steps in the past for Balochistan despite being in government.

It is surprising that many years despite being in politics and in Balochistan’s owned resources ministries, how they come to plan an establishment of the new political party within Balochistan. It is not an uncommon occurrence but it is planned to make up of BAP for the government. They sat quit in their past ministries but now they declared their reunion of Balochistan’s strong candidates in their constituencies for again in government.

In general election 2013, current president BAP Mr Jam Kamal had got ministry in PML (N) government for Minister of State for Petroleum & Natural Resources. His work and integrity are in front of every individual of people of Balochistan. High claims will fail again to fulfill the basic needs within the province in remote areas.

In the previous five years, people were not aware of their constitutional minister for their rights but time told them to tackle their unsatisfactory virtues for coming elections.

All predecessor ministers within Balochistan for Provincial and National assemblies (now are members of BAP, Balochistan Awami Party) are held accountable for the worse situation of inflation, lack of terrorism instability. Now, this is time for BAP, will be being testified for the verdure within the province.

The de facto progression within Balochistan is based upon the sincerity of tribes with one another and best strategic tackling management personnel. Lack of control and mismanaged natural resources are utilized for other areas of Pakistan excluding Balochistan’s own districts. Sectarian wars and other tribal conflicts have risen above the level of patriotism amid previous government. Nationalists’ violence against mission emancipation crossed the stream of peace within the province.

The newly formed government can and should eliminate the factors which held onus for instability in law and order situation within Balochistan in the arena of terrorism and war.

The mere solution to terrorism stability and industrial development, lack of water and education is the need for autonomous managers and policy makers by the government and making own men owners for rights of the province on self-natural resources. It is augured on the basis of past performance of last owned ministers that Balochistan, the richest-poor and a deprived province of Pakistan may be hoodwinked again.

Published in The Balochistan Point on August 22, 2018

2018-08-22
admin
Previous: Our vision is to develop Balochistan as par with other provinces:  Jam Kamal
Next: Requisites of the welfare state