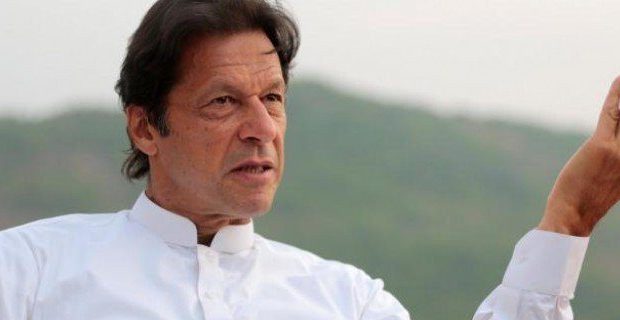 Requisites of the welfare state

Khan’s relentless struggle ultimately culminated in his swearing in as the 22nd Prime Minister of Pakistan. He achieved what he strived and dreamt of, and now he is the leader of the 220 million people of Pakistan. He is the hope of the nation and a glowing beacon against the forces of darkness. Cometh the hour, cometh the man. Imran Khan is the man who has the power to restore the Pakistani dream. He is the right man, at the right time, at the right place.

Quaid-e Azam wanted Pakistan to be a welfare state with justice, equality and fair play. Alama Iqbal also shared asimilar view and wanted to carve out a country where Muslims could live under the Islamic ideal of a welfare state. The inspiration for both leaders was the state of Medina, under our Holy Prophet (PBUH).

A welfare state is a concept in which the state plays a key role in the protection and promotion of the social and economic wellbeing of its citizens. It is based on the principles of equality of opportunity, equitable distribution of wealth, and public responsibility for those unable to avail the minimal provisions for a good life. It is a system under which the government takes responsibility for providing social and economic security for the population by means of pensions, social security benefits, free health care and free education and employment.

Quaid-e Azam, while elaborating his concept of a welfare state remarked “it is not our purpose to make the rich richer and to accelerate the process of accumulation in the hands of the few individuals. We should aim at levelling up the general standard of living amongst the masses, our ideal should not be capitalistic but Islamic and the interests and the welfare of the people as a whole should be kept constantly in mind.” This reflects his desire to base the foundations of this country on social justice and Islamic socialism which stands for equality and brotherhood of man. He was against the adoption of western economic systems, and while addressing the Punjab Muslim federation on March 19, 1944, he proclaimed. “I warn the communists to keep their hands off Muslims. Islam is their guide and complete code of their life. They do not want any isms.” On another occasion Quaid-e Azam warned the capitalists and landlords with the following words “The exploitation of the masses has gone into their bloods. They have forgotten the lessons of Islam. Do you visualize that millions have been exploited and cannot get one meal a day? If this is the idea of Pakistan, I would not have it…”

Since Jinnah is Imran Khan’s role model, he also holds similar views. The idea of a welfare state remained part of his electoral campaign as well. He reiterated the same resolve in his victory and inaugural speech, and it is now high time to put the theory into practice and deliver what he promised to the nation.

No rocket science is required to put the idea of welfare state into effect. The very concept is enshrined in our constitution, and all PM Khan needs to do is implement it.

The key requisite of a welfare state is to eliminate exploitation in its all forms, thereby ensuring socio-economic justice. Article (3) of the constitution states that “the state shall ensure the elimination of all forms of exploitation and the gradual fulfilment of the fundamental principle, from each according to his ability to each according to his work”. Article 37 also highlights aspects of a welfare state in the following words: The state shall 1) Promote, with special care, the educational and economic interests of the backward classes; 2) Remove illiteracy and provide free and compulsory education within minimum possible period; 3) Make technical and professional education generally available and higher education equally accessible to all on the basis of merit; 4) Ensure inexpensive and expeditious justice.

Additionally, article 38 includes aspects of a welfare state as well. According to this article, the state shall 1) Secure the well-being of the people, irrespective of the sex, caste, creed or race by raising their standard of living, by preventing the concentration of wealth and means of production and distribution in the hands of a few to the detriment of general interest and by ensuring equitable adjustment of rights between employers and employees and landlords and tenants; 2) Provide for all citizens within available resources of the country, facilitate for work and adequate livelihood; 3) Provide for all persons employed in the service of Pakistan or otherwise, social security by compulsory social insurance or other means; 4) Provide basic necessities of life, such as food, clothing, housing, education and medical relief, for all such citizens, irrespective of sex, caste, creed or race as are permanently or temporarily unable to earn their livelihood on account of infirmity, sickness or employment.

Furthermore, rule of law is also one of the most important characteristics of Islamic welfare state. No one is above the law. To ensure this, P.M Imran Khan is supposed to ensure the implementation of article 25(1) of the constitution that says “All the citizens are equal before law and are entitled to equal protection of law”.

To conclude, if premier Imran Khan truly aspires to build a Naya Pakistan through establishment of a welfare state, he must therefore ensure the implementation of the afore-mentioned provisions of the constitution; otherwise the dream to morph Pakistan in to a welfare state, from the security state it is today, will never become a reality.

The writer is an Advocate High Court, Jafarabad Balochistan

Published in The Balochistan Point on August 23, 2018