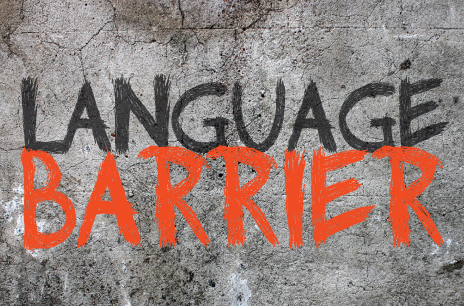 Barriers of Language for Balochs

The last ten months hold great significance for Balochistan due to various legislation, and expansions of mega projects which mainly include projects associated with education along with health. The implementation process for these laws has not started yet but new laws are added by the members of provincial assembly.

Recently, a piece of legislation related to the inclusion of Balochi language by the Balochistan cabinet was brought into light which might also be assumed to be a key approach toward a better standard of education for the future of the province. Further, the implementation of the inclusion possibly will open broader educational and instructional methodologies for the educators as well as the students. During the government of Nawab Akbar Khan Bugti a similar law was approved in 1990, when the Baloch activists and intellectuals were successful in getting Balochi, Brahui along with Pashto executed as mode of instruction at the primary level in public schools of the province but that experiment only lasted for two years.

The concept that children learn best when they are taught in their first language has now become universally accepted. Today, scholars across the world believe that mother tongue can play a vital role in understanding majority of the complex conceptions where as complications might rise when those concepts are attempted to be taught in any other language. It is also challenging for the new school going children to identify different things’ names in other language like English or even Urdu while Balochi is the most spoken language throughout the province. To learn in a language other than the mother tongue makes it tough for the kids in the first few years and it is nevertheless a very hard task for the instructors as well.

The United Nations Education and Scientific Cultural Organization (UNESCO) had been advocating the countries to adopt the approach that allow for the use of first language to be the medium of instruction for every particular region. UNESCO had also considered it as a basic human right. As a matter of fact, a lot of the basic human rights had already been violated, among them language is only a minor one. In spite of this, people in the province specify their right to their mother tongue, which the Balochi is. For this regard Baloch intellectuals and private organizations had been exerting from 1950s.

In 1950s, one of the greatest Baloch linguists Syed Zahoor Shah Hashmi commenced his work on the collection of Balochi scripts, and information on the different dialects of Balochi. He was successful in writing the first Balochi dictionary and defining the basics of the language in his book “Balochi Syahag a Rast Nebesag” which is a complete guide to Balochi writing. He wasn’t alive to see his work being taught, but he urged on Balochi language teaching at regional schools. Syed’s work was then continued by Professor Saba Dashtiari of University of Balochistan. Before Professor’s assassination in June 2011, Professor prepared a course of Balochi language in the form of books from grade one to higher under Syed Zahoor Shah Reference Library Karachi. Numerous private schools adopted the same pattern and are still teaching the language through that guide all over Balochistan as well as Karachi. In spite of the great desire of Balochs to have Balochi language also included in the course, the lack of interest by the government over the years had raised one more conflict.

It is always explained that as most areas of the country are linguistically diverse and it is tough to accommodate one language over other minor ones. Mainly it means, including Balochi language can create issues for the speakers of other minor languages. That is why Balochi language is only taught in college and universities as an elective or an optional subject where as having no base of the subject from the school level, had created issues for the students in most cases. Though it is the mother tongue of the students but without having a strong base of the grammar and other required skills, students can’t directly carry out research work or similar projects in higher levels. On contrary, the province of Sindh, had added Sindhi as compulsory subject from primary levels though a number of Marwari, Balochi and other languages speakers reside in the province. It shows possibility that the smaller communities had agreed to go along with the language spoken more through out the province. So, it is believed that similar could happen in Balochistan if the government sanctioned Balochi language to be compulsory for the province form the primary levels.

Though Balochi had not been taught at school level, but from a few decades students in the province had developed a desire to read and write in Balochi. Youth from Balochistan had been very active in studying Balochi books along with developing various literary skills including poetry and creativity with writing. This represents a great interest of the youth toward their mother tongue. Therefore they had been urging the government to include Balochi in the education system of the province. It is true that making a language the medium of instruction is the only way to ensure the language as well as the nation thrives. Taking the example of the United States, China, Japan or the Arab countries where the basic medium of instruction is always in the region’s mother tongue which is one of the reasons of their prosperity. This does not mean that by only teaching the mother tongue or making it the mode of instruction, a nation prospers but the education system also needs other modifications including the new ways of teaching methodologies, use of technology, new curriculum and up dated contents in text books.

According to the analysts humans as social creatures need to express their thoughts, believes, opinions and ideas from the early age, which is only possible when an individual is taught in his first language form the beginning. Or else people will only be getting less quality of all taught languages rather comprehensive quality of one of them. It would significantly be better to focus on better educational matters than confusing the students with many languages at the same time, which means they understand or express themselves in a different language, and then they are taught two more languages at schools. This makes them bound with language barriers and far from educational or edifying concepts. There is no doubt that every language in the world is a valuable cherish, but the prosperity of a nation in various educational spheres can only be made possible when mother tongue is applied as the basic medium of instruction and more focus is exposed towards educational concepts.( Courtesy: The Baloch Hal )

Published in The Balochistan Point  on February 17, 2014

2014-02-17
admin
Previous: The Baloch Student Who Won the International Education Week in USA
Next: Educating Balochistan