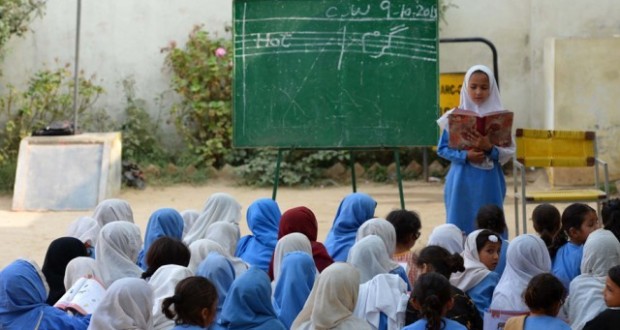 If there is one certain way to impede development, it is to deny

education to a population. It was Alexander Pope who, in his 1709 work An essay on Criticism, who wrote: ”A little learning is a dangerous thing.” This was later paraphrased into ‘a little knowledge is a dangerous thing’. The implication was that knowledge — education — promoted an independence of mind and spirit and that it should be imparted sparingly to those who might use it to challenge, among other things, the status quo. It may be argued that the parlous state of education in Balochistan is an example of this misplaced judgment. A meeting of the interprovincial education ministers (IPEC) on February 11 was dominated by discussion of the ongoing disaster that is the education effort in our largest province. This appears to now go beyond casual neglect or oversight and has edged into a wilful effort to keep a significant number of children uneducated.

It was revealed that there are 5,000 schools that do not even have a building and operate in the open air mostly with just a single teacher. There is not a single properly qualified person available to review textbooks and curriculum content. This means that the education department is forced to teach Punjab textbooks in the province’s schools. There are thousands of schools without electricity or toilets. Literacy figures in rural Balochistan leave a lot to be desired. A familiar litany of reasons for the deficit was aired: lack of capacity on the part of teachers, the ‘trust deficit’ between donors and the government and the failure to receive a share of the National Finance Commission Award. The IPEC meeting decided to take evasive action by agreeing to meet on a quarterly basis and set up yet another committee to review the 2009 National Education Policy. Neither action is likely to bring any relief to the uneducated of Balochistan. What might help is for there to be an education emergency declared in the province and solid political heft alongside physical and fiscal resources deployed to address the problem.

2014-02-18
admin
Previous: Barriers of Language for Balochs
Next: More questions in Baloch saga