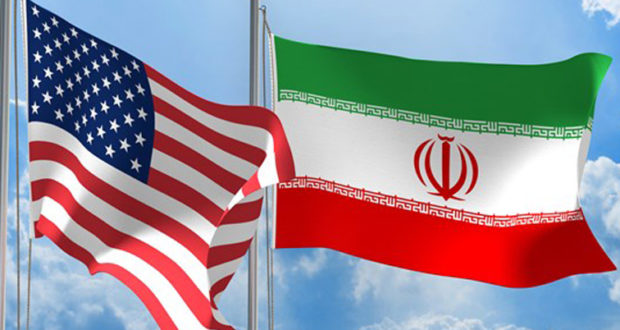 Beating the drums of war

The tension between US and Iran is escalating with each succeeding day. Drums of war have now started beating and the strategic planning to outsmart each other has taken a new and exponential momentum. Both countries seem to remain firm and unwavering on their respective stand and are not ready to step back.

The ongoing wave of tension between the two countries accelerated with the warning statement of US National security advisor John Bolton on may 5, in which he announced that the US would deploy the USS Abraham Lincoln carrier strike group along with a bomber task force to the Persian Gulf, “to send a clear and unmistakable message to the Iranian regime that any attack on United States interests or on those of our allies will be met with unrelenting force.” The United States, he continued, “is not seeking war with the Iranian regime” but is “fully prepared to respond to any attack.”

In retaliation, Amirali Hajizadeh, head of Iran’s Revolutionary Guards’ aerospace division, boasted to the Iranian students’ news agency:” an aircraft carrier that has at least 40 to 50 planes on it and 6000 forces gathered within it was a serious threat for us in the past but now… the threats have switched to opportunities. If the Americans make a move, we will hit them in the head.” His word came shortly after an Iranian  leader warned US president Donald Trump , the US fleet dispatched to the Persian gulf will face “ dozen of missiles” if it” attempts any move”… The ISNA news agency quoted another hardliner Ayatullah Tabatabai-Nejad in the city of Isfahan saying: “Their billion dollar feet can be destroyed with one missile.”

The relations between the two countries have long been in state of flux. The potential for armed conflict between the two countries has loomed since Islamic Revolution and takeover of the American Embassy in Tehran four decades ago. Occasionally, those tensions have escalated into violence. However, the recent American assertion that Iran poses an immediate threat has raised the fears that the two nations have pushed closer to the brink.

It is, so far, unclear that what prompted US sudden deployment and trump’s and his security advisors’ strong language. However, some reports suggested that it may have come in response to the indications that Iranian-backed Shiite militias were planning attacks against U.S. troops in Iraq. Other report suggested that Israel had tipped off U.S. officials to an impending Iranian attack against U.S. interests, personnel, or allies in the Gulf. Whatever may be the reasons behind this fresh spree of escalation; however, it is now conspicuous that the both countries are now heading to the precarious conclusion.

In fact, Washington is interested to alter Tehran’s clerical political dispensation that has been and will remain anti-America and further, to arrest its ever growing influence in the region that may what US feels, jeopardize its long-term interests in the region.

Moreover, Trump’s personal interests in this ongoing tension cannot be disregarded. He, by manufacturing this crisis, desires to ensure the electoral support of the anti-Iran groups or pro-Israel lobby in the next presidential election scheduled in 2020.To this end, Trump is ready to do whatever he can to sustain his rule over the US at least for a next presidential term. He, therefore, since his electoral campaign in 2016, has been provoking anti-Iran sentiments among the American people and also using it as electoral gimmick to clinch the victory in the election. For this very reason, he remained the prime critic of Joint Comprehensive Plan of Action (JCPOA 2015). He billed it as one-sided and entirely in favor of Iran. He claimed: “The fact is, this was a horrible one sided deal that should have never, ever been made. It didn’t bring calm. It didn’t bring peace and it never will.”

To materialize his aspiration of revoking the deal, he withdrew from JCPOA, one year ago and re-imposed severely damaging banking and oil sanctions aimed at starving Iran of resources and destabilizing the regime. Sanctions have taken a heavy toll on Iran’s economy, but the administration’s maximum pressure campaign has thus far failed to force Tehran to negotiate a new nuclear accord.

Additionally, to squeeze Iran to bring her to its knees, the Trump administration had cancelled the waiver that had allowed China, India, Japan, South Korea, and Turkey to continue importing about 1 million barrels of Iranian oil per day. The administration’s stated goal is to drive Iranian oil exports, the lifeblood of the country’s economy, to as close to zero as possible.

In a further effort to mount pressure on Iran, The Trump administration has also designated the Islamic Revolutionary Guard Corps as a terrorist organization, the first time Washington has issued such a designation against a component of another nation’s government.

To counter American moves, Iran has threatened to close the Strait of Hormuz, a narrow waterway off Iran’s coast through which about 20 percent of global traded oil flows. And regime insiders have also hinted that Iran could take other steps to disrupt oil exports from Saudi Arabia and the United Arab Emirates—arch-rivals of Tehran that have championed Trump’s maximum pressure campaign—by targeting oil shipments through the Bab el-Mandeb strait and the Red Sea, or by hitting Saudi and Emirati critical infrastructure with destructive cyber attacks.

Further, The Iranian parliament, against the American move of designating the Islamic Revolutionary Guard Corps as a terrorist organization, passed a law, declaring all US troops in the Middle East terrorists and called the US government as a state sponsoring terrorism.

Meanwhile, President Hasan Roohani said that Iran will no longer abide by the terms of the deal signed with America and other world powers, whereby it agreed to strict limits on its nuclear programme in return for economic relief. Iran now looks poised to resume its slow but steady march towards the bomb—giving American hawks like Mr, Bolton further grievances.

In a tit- for- tat move, Even Mr, Roohani, who championed the nuclear deal, has begun to sound like a hawk. Having long hoped that Europe, at least, would honor the promise of the deal, he is exasperated. On the anniversary of America’s exit from the agreement, on May 8th, he said that Iran would begin stockpiling low-enriched uranium and heavy water, which would in sufficient quantities breach its terms. Without economic progress in 60 days, he said, Iran “will not consider any limit” on enrichment. All this suggests that Iran will start moving closer to being able to build a nuclear bomb. A nuclear Iran would spur proliferation across the Middle East. Bombing would not destroy Iranian nuclear know-how, but it would drive the programme underground, making it impossible to monitor and thus all the more dangerous.

Inter alia, Washington’s military intimidation would, for sure, invigorate the pro-nuclear weapons forces in Iran. Therefore, the European forces are worried due to the probability of Iran’s exiting NPT. Even though US Pull out of 2015 JCPOA IN May 2018, they are struggling to prevent the demise of the accord so that Tehran does not resume banned atomic activities. German foreign Minister Heiko Mass argued,” we in the Europe agree that this treaty is necessary for our security. Nobody wants Iran to get possession of an atomic bomb and that has been achieved so far.” British foreign secretary Jeremy Hunt concurred his German counterpart by stating that “if Iran becomes a nuclear power, its neighbors are likely to want to become nuclear powers. This is already the most unstable region in the world. This would be a massive step in the wrong direction.”

It is, therefore, advisable for both the countries to step back and avoid further escalation. Both sides should show some sagacity and act judiciously as peace not war is the ultimate solution of every problem.

Notwithstanding, the President Trump’s aggressive overtures, Iran is behaving wisely. On 14 May, Iranian Supreme leader Ayatollah Ali Khomeini reiterated that Iran does not seek war with the United States. He said,” there won’t be any war; the Iranian Nation has chosen the path of resistance”. He added, “We don’t seek a war, and they don’t either. They know it’s not in their interests”.

Donald Trump, on the other hand, is no longer surrounded by former national security advisors H.R McMaster, former Secretary Defense James Mattis, and other cooler heads. He is now enveloped by advisors like Bolton and Secretary Pompeo who have long called for war against Iran and are now advising him to drag US into armed confrontation with Iran. Trump must keep such hawks in check to save the world from possible catastrophe.

Let me conclude by quoting D. Eisenhower, who once remarked, “Every gun that is made, every rocket fired, signifies in the final sense a theft from those who hunger and are not fed, those who are cold and are not clothed”.

The author is a Legal practitioner-cum-columnist, based in Quetta Balochistan, Pakistan

Published in The Balochistan Point on May 18, 2019

2019-05-19
admin
Previous: Lament of a Baloch girl
Next: The dismal condition of education in Balochistan