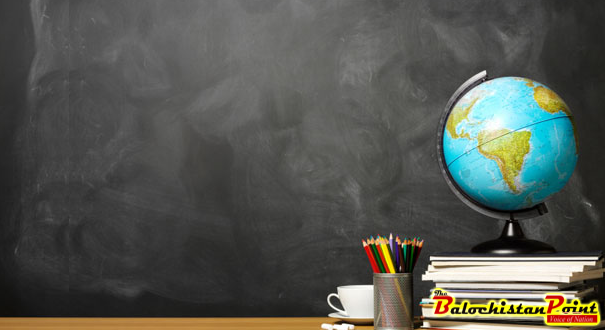 The dismal condition of education in Balochistan

Despite of being rich with natural resources, Balochistan is ranked the poorest province of Pakistan according to a report of UNDP with 71 percent ruler poverty.

On the other hand, it has the lowest literacy rate in the country which stands at 40 percent without any increase over the years.

A report of VOA (Voice of America) stated, 1.8 million children are out of schools in the province where females make a higher proportion. Due to having less approach to initial amenities 60 percent of students drop out from school after reaching to primary level whereas 45 percent students quit after completing matriculation.

Another report revealed that 18 percent of schools in the province are singled-room, and 22 percent are without boundary walls. Similarly, 26 percent of  the primary schools are being run by a single teacher.

In addition, most of the functional schools are found to be in miserable condition; lacking basic necessities such as toilets, electricity and drinking water. An another report revealed that there is no record of several teachers, and around 900 ghost schools with many fake registrations of students. Meanwhile, seven percent of school are without building, people have set up their own shelter.

As matter of fact, I myself have completed my primary section in a single-room school, having one teacher, with no boundary walls, potable water, toilets and any necessary furniture.

Education is  the back bone of  a nation, with its deprivation no nation can develop, so authorities concerned must make education accessible to every kid of this province and should facilitate  with well-maintained institutions. They should monitor every schools, ensure the presence of the teachers  and fulfill basic requirements of the schools.

Published in The Balochistan Point on May 29, 2019

2019-05-29
admin
Previous: Beating the drums of war
Next: Letter: No library for girls in Turbat