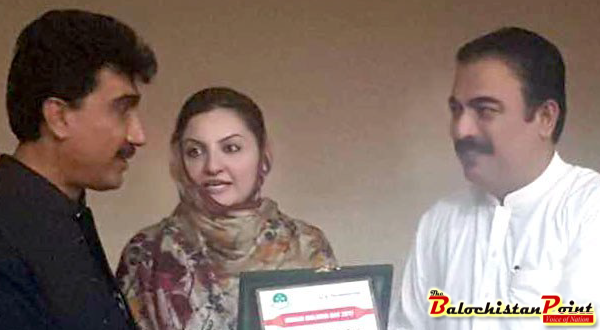 Mr.Rehmat Saleh Baloch highlighted the role of Malaria Control programme in the province. He shared that ” initiatives have been taken to control malaria disease in all the district of Balochistan. He also briefed the audience regarding malaria centers, which are working in 22 districts of Balochistan and the main purpose of the centers are to diagnose and check the spread of the disease.

Dr Baseer Achakzai appreciated the role of BIRD and government of Balochistan for providing awareness to the students and to the masses. He said that some targeted prevention approaches have been adopted by the government of Pakistan as policy, but the actual uptake has been slow. Preventive treatment for infants, for example, which is safe, cost-effective and well accepted by health workers and communities, is currently only being implemented in Pakistan.

Dr Kamalan Gichki, Malaria Control programme officer briefed the audience regarding malaria disease and its precautions. He said that over the past several years the department had organized several programmes around the province to give awareness to the general public. He further added that we encouraged community-based activities for the prevention of malaria cases. Our team is informing the community about the disease and its prevention measures.

While briefing the audience BIRD Chief Executive Officer Ms. Javaria Tareen highlighted that every year in Pakistan there are 1.6 million people who get affected by this virus. She added that,” government now needs to focus on research based activities in order to come up with the proper planning and implementation of programmes for the eradication of Malaria in Pakistan and especially in Balochistan. She also added that the government of Pakistan need to strengthen the research institutes for better implementation of health programmes as we are just contribution 0.23pc annually on research.

At the end of the programme the chief guest Mr.Rehmat Saleh Baloch appreciated the efforts of BIRD and Malaria Control programme for arranging such informative session for the students of SBK University and civil society activists.