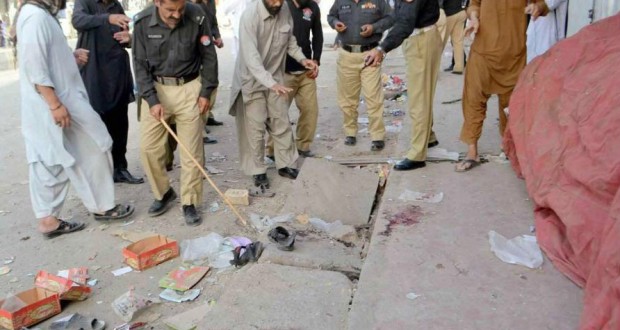 The bomb explosion took place near Bacha Khan Chowk which is the busiest square of Quetta. According to sources, Bomb was planted outside a shoe shop in a drain on Shara-e-Iqbal, commonly known as Qandhari Bazar. The victims of the bomb blast are pedestrians who were travelling on that road.

No organization has claimed responsibility for the attack so far and the target of the bomb blast has not been ascertained as of now. Chief Minister , Governor, commander southern Command and people from every walk of life have strongly condemned this barbaric incident which targteed innocent people.

Published in The Balochistan Point on July 27th, 2014.

2014-07-27
Editor
Previous: Girls’ Right to Education Threatened in Balochistan
Next: Balochistan from British raj to Pakistan